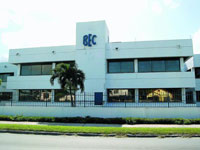 For now, I’ll skip the obvious elephant in the room of the nation having no clue whatsoever about who and how private owners will enter a “restructured” BEC and submit this:

Anyone in The Bahamas who has already sipped the kool-aid about the out-of-the-blue privatization of BEC and how this is supposed to magically translate into lower energy costs simply because parts would be privately owned, needs to travel to Grand Bahama and ask residents how “low” their power bills are from the 100% privately owned Grand Bahama Power Company. Energy prices in this country are not dictated solely by whether the provider is private or public, but rather, is substantively based on the cost of and government taxes on the fuel being used.

The reason BEC’s costs to electricity consumers are not higher than they are right now, is that it is government run and owned – meaning the taxpayers are baring much of the costs to operate BEC via millions each budget year in subsidies in addition to the power bills they pay. When BEC’s power generation becomes privately owned, private owners don’t have elections they are seeking to win – they have bottom lines they are seeking to protect and boost.

Going further, in order for industries based in competition to function for the benefit of the public, those industries ought to be regulated by an independent regulator. When URCA (the Utilities, Regulation and Competition Authority) was created by an Act of Parliament by the previous government, people seemed to believe that URCA was only created to regulate broadcasting and telecommunications. But the intention of the government at that time was to eventually expand URCA’s scope to also regulate utilities in the country (hence part of its name).

Now, in that long surprise press statement the Prime Minister released last week about the privatization of BEC and the “liberalisation” of the energy sector in the country, the Prime Minister did not mention a single solitary word about regulation. The government cannot be the regulator of a sector as well as still having a stake in that sector’s primary service provider (as it says it plans to maintain in a privatized BEC).

Obviously, if the government is the regulator and service provider, you and I know what the end result will be in terms of competition for the country. And without regulated competition, the public stands zero chance of seeing an immediate decrease in light bills, improvements in service and fair market options for alternative energy providers.