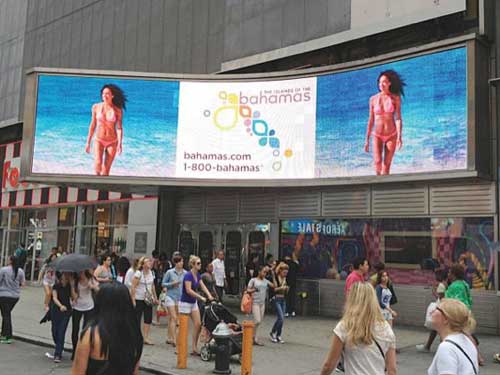 The Islands Of The Bahamas have mounted a new promotional venture which is expected to have thousands in New York City looking up.

The country’s message has been mounted high above the crowd on a new Jumbotron video board in the heart of world famous Times Square.

The video message features Bahamian model Shakara Ledard, who was a part of The Bahamas’ “Behold” promotion which was successfully launched in February of this year, during Super Bowl 2013.

The video board will be running through the rest of the year, with several spots per day, and the ability to be viewed from two directions.

The promotion is expected to provide exposure and visibility for The Islands Of The Bahamas to the hundreds of thousands that move through the area daily.