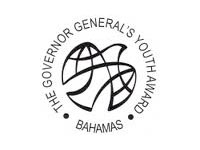 Thirty members of the Royal Bahamas Defence Force have completed a training course hosted by the Governor General’s Youth Award. The course is mandatory for any volunteer who intends  to operate a unit or assit with the delivery of the Award on behalf of the internationally recognized programme.

The GGYA is a member of The Duke of Edinburgh’s International Award. The Award is an exciting self-development programme available to all young people worldwide. Once participants have successfully completed hiking expeditions, community service engagements, mastered new skills and participated in physical activities, they are eligible for a Bronze, Silver, or Gold Award depending on the amount of time invested in the programme.

It is envisioned that the RBDF will channel quite a number of young participants from its Rangers programme into the GGYA. Both programmes have units up and running on New Providence and the Family Islands.

The RBDF decided to incorporate the GGYA into its existing Rangers programme in an effort to provide more structure and challenges to its members, according to Sub Lieutenant Delvonne Duncombe, the Rangers’ director.

“We are really trying to beef up the Rangers programme. If we really want to make an impact and make it as meaningful as possible, we have to get our youths involved in anything that’s going to benefit them at the end of the day,” he said.

“We were seeking additional avenues for our young people to benefit and grow. GGYA can do just that.”

The Rangers programme has an estimated 1,200 participants, consisting of students from grades 7 to 12.

Beginning September, Rangers will act as a feeder programme, funneling its interested members – who are 14 and older – into the GGYA. It is anticipated that around 40 youths will initially sign up.

Over time the numbers are expected to swell.

“I think it’s fantastic that the Rangers are now able to use the programme to gain additional recognition,” said the GGYA’s national director, Denise Mortimer. “The GGYA will broaden their horizons as it relates to family island travel, in addition to further boosting their confidence and self-reliance.”

Back in 2010 the Ministry of Youth, Sports & Culture provided substantial financial backing to the GGYA to expand the programme beyond the capital and the major Family Islands.

The three-year partnership, called the G.O.L.D Initiative, takes its name from the ministry’s mandate to foster greatness, provide opportunity, instill leadership and promote development amongst the nation’s youths.

Since the partnership, the GGYA – now in its 26th year – has enrolled more participants, opened more units and presented more Awards than ever before.

This year alone the GGYA has presented over 400 Awards to youths.