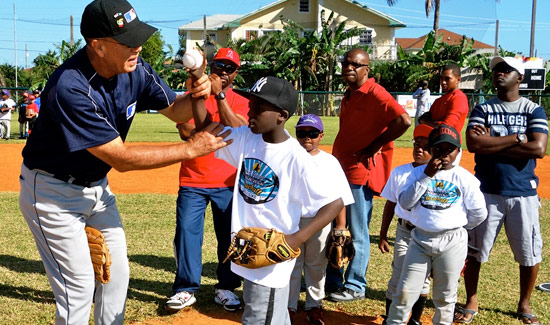 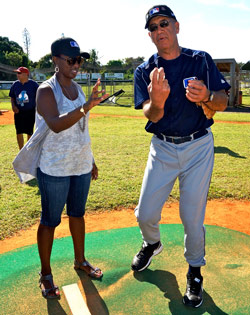 From October 30 to November 2, the United States Embassy and the Junior Baseball League of Nassau (JBLN) partnered to host a series of youth baseball clinics and presentations conducted by former Major League Baseball (MLB) players Elias Sosa and Armando Rios.

Elias Sosa currently serves as the Latin American Coordinator for MLB International.  He was a MLB pitcher for twelve years and has worked as a Minor League pitching coach for several teams.  Armando Rios is a youth baseball league coach, scout, recruiter and hitting instructor for professional baseball players.  He is also the instructor for MLB’s International Envoy Program for Latin America and has played for the San Francisco Giants, Pittsburg Pirates and Chicago White Sox.

During their four-day visit to Nassau, Elias Sosa and Armando Rios paid a courtesy call on U.S. Chargé d’Affaires a.i. Lisa Johnson at the U.S. Embassy to discuss their commitment to working with youth throughout the region.  The former MLB coaches also participated in a baseball skills presentation for coaches, players and parents at St. Andrew’s School, and engaged primary students at Oakes Field and Woodcock Primary Schools in motivational talks that focused on character development, teamwork, building leadership skills, the importance of a good education and resisting peer pressure. 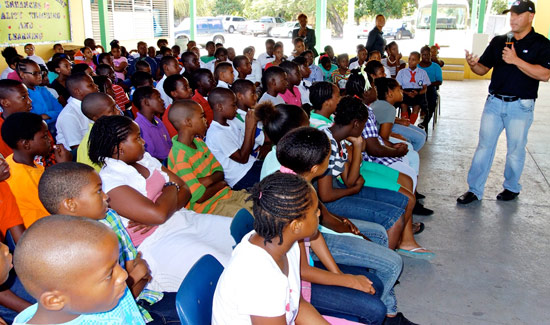 The U.S. Embassy’s partnership with JBLN is part of an ongoing commitment to youth development through education and positive sports and recreational activities.  Partial funding for the MLB youth baseball clinic was made possible through a grant provided by the U.S. Embassy’s Public Affairs Section. 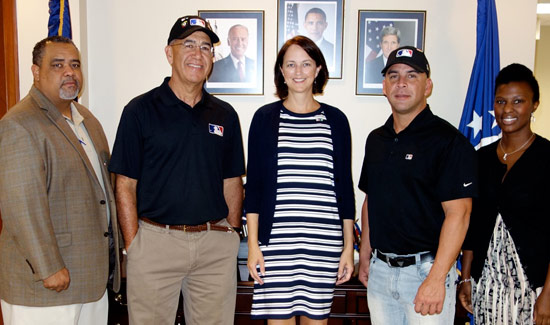