Lawlessness On Our Streets, Incompetence In Our Government 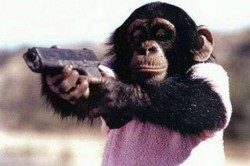 The late Nick Damianos would have responded to the news of the “Fox Hill Massacre” with his quaint Bahamian colloquial phrase, “well, what you ‘spect” or in clean English “what do we expect in this country that we have created.“

Lawlessness is the order of the day and despite a populist referendum earlier this year, with the people clearly voting for an end to web shops (which are unlawful in any case) they continue their nefarious business unabated. Yes, they break the law 24 hours a day, 7 days a week. Not underground mind you, but in full view and knowledge of the government, the attorney general and the Commissioner of Police “who promises to strike when the time is right”.

Judges, in their wisdom or lack thereof, continue to give bail to murderers, rapists and armed robbers and the Commissioner himself says he can’t keep up with the prison turnstile.

I recall some Government muck-a-muck was going to Singapore recently to “find out about something”, but it would have been better for the government to find out how they deal with criminality in Singapore and then spend the next year bringing in legislation that will imprison offenders for spitting chewing gum on the sidewalk. With a measure of corporal punishment (public caning in Rawson Square seems good) to start and end the sentence.

Walt Kelly is credited with first using an appropriate phrase for the Bahamas today, taken from the foreward to “The Pogo Papers” circa 1952: “We Have Met The Enemy and He Is Us”

Yes, collectively we have defecated all over this country and now we want to complain because we are living in a sewer.

Editor’s Note:  Sadly, Nick Damianos’ grandson, Jay was murdered several years ago and the murderer, the son of a prominent Bahamian, was never brought to justice.