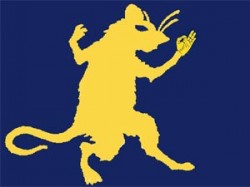 I knew that the PLP was pandering to the emotional anxieties of the Bahamian electorate when its overzealous campaign coordinators announced to the media in the months leading up to the 2012 general election that they had crafted the ideal plan to rescue the homes of hundreds of Bahamians who were in dire straits with their mortgages. Along with the pledge to create 10,000 jobs in its first 12 months in office, the mortgage plan figured prominently in its charter for governance. Thousands of Bahamian homeowners voted PLP because they were desperate. In all likelihood, many of them doubted the feasibility of the mortgage plan. And besides, the former FNM government offered little to no alternatives. So they gave the PLP the benefit of the doubt.

What did they have to lose? I remember Hubert Ingraham and one of his Cabinet ministers telling the media that the plan was unrealistic. It is very difficult for any government to save the homes of struggling mortgagees who are not gainfully employed. Short of paying off the mortgage payments outright, the government’s options are very limited under such circumstances. And that was essentially what Ingraham those were trying to convey to the public.

But Perry Christie and his public relations machinery had done such good job of portraying Ingraham and his Cabinet colleagues as the bad guys, few of the struggling mortgagees were willing to listen to them. And now that we are fast approaching the mid-way point of the Christie government, fewer than 10 Bahamians have benefitted from the mortgage plan.

Christie and his people ranted on campaign platforms throughout New Providence that their plan would assist 1,000 homeowners. One of those fortunate enough to receive assistance from the PLP is VAT coordinator Ishmael Lightbourne. Lightbourne, by all accounts, is a well-to-do Bahamian with a sprawling estate in the Cable Beach area. He is a white-collar professional with a hefty salary most working-class Bahamians would never dream of earning. The Whistleblower also understands that Lightbourne is a business owner. Therefore, it might be safe to assume that any financial quandary he found himself in may be of his own making. Some Bahamians are known to live way beyond their means.

Few Bahamians who are barely eking out an existence feel sorry for Lightbourne, nor were they amused to hear Christie being hailed as a good Samaritan when he personally intervened to rescue the home of his pal. They are acutely aware that this is the same man who is a delinquent taxpayer, yet heads Christie’s VAT initiative and who obviously is making a government salary near the $100,000 threshold. No one should be surprised that PLPs have circled the wagon around Lightbourne, as he is one of the party’s inner circle who has benefitted immensely because of the PLP’s victory in 2012. His case reinforces the well-known fact that the PLP looks after its own. To hell with everybody else. PLPs, to the spoils!