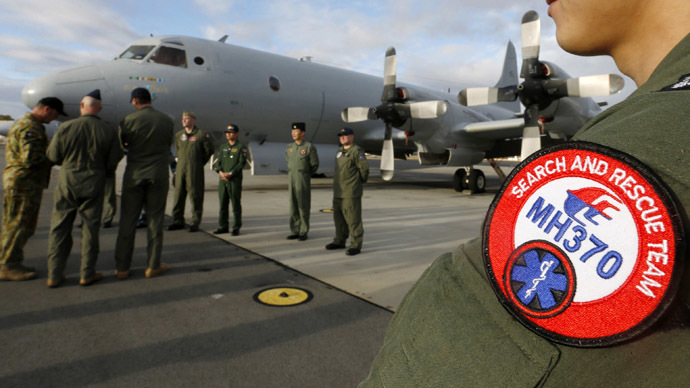 It is my hope that following the publication of this article, Malaysian mass media will focus on questioning the integrity of the US’s assistance to Malaysia in the first three weeks of the Malaysian MH370 Search & Rescue mission, notwithstanding its recent offer of more assistance.

“Erich Shih, chief reporter at Chinese-language military news monthly Defense International, said the US has more and better satellites but has not taken part in the search for flight MH370, which disappeared about an hour into its flight from Kuala Lumpur to Beijing in the early hours of March 8 with 239 people on board. Shih claimed that the US held back because it wanted to see what information China’s satellites would provide.”

The above is the reality which we have to confront. Therefore, desist any attempt to label the above mainstream media articles as a “conspiracy theory”.

Such questions should not be shot down by those who have a hidden agenda that such queries amount to “conspiracy theories”. Far from being conspiracy theories, we assert that the questions tabled below and the rationale for asking them are well founded and must be addressed by the relevant parties, failing which an inference ought to be drawn that they are complicit in the disappearance of MH 370.

1) Was the plane ordered to turn back, if so who gave the order?

2) Was the plane turned back manually or by remote control?

3) If the latter, which country or countries have the technologies to execute such an operation?

4) Was MH 370 weaponised before its flight to Beijing?

5) If so, what are the likely methods for such a mission – Biological weapons, dirty bombs?

6) Was Beijing / China the target and if so why?

8) The time sequence of countries identifying the alleged MH 370 debris in the Indian ocean was first made by Australia followed by France, Thailand, Japan, and Britain via Immarsat. Why did US not offer any satellite intelligence till today?

9) Prior to the switch of focus to the Indian ocean, was the SAR mission in the South China seas, used as a cover for the deployment of undersea equipment to track and monitor naval capabilities of all the nations’ navies competing for ownership of disputed territorial waters? Reuters as quoted above seems to have suggested such an outcome.

10) Why was there been no focus, especially by foreign mass media, on the intelligence and surveillance capabilities of Diego Garcia, the strategic naval and air base of the US?

11) Why no questions were asked whether the flight path of MH 370 (if as alleged it crashed in the Indian Ocean), was within the geographical parameters of the Intelligence capabilities of Diego Garcia? Why were no planes deployed from Diego Garcia to intercept the “Unidentified” plane which obviously would pose a threat to the Diego Gracia military base?

12) The outdated capabilities of the Hexagon satellite system deployed by the US in the 1970s has a ground resolution of 0.6 meters; what’s more, the present and latest technologies boast the ability to identify objects much smaller in size. Why have such satellites not provided any images of the alleged debris in the Indian Ocean? Were they deliberately withheld?

13) On April 6th, 2012, the US launched a mission dubbed “NROL-25” (consisting of a spy satellite) from the Vandenberg Air Force Base in California. The NROL-25 satellite was likely rigged with “synthetic aperture radar” a system capable of observing targets around the globe in daylight and darkness, able to penetrate clouds and identify underground structures such as military bunkers. Though the true capabilities of the satellites are not publicly known due to their top-secret classification, some analysts have claimed that the technology allows the authorities to zoom in on items as small as a human fist from hundreds of miles away. How is it that no imagery of MH370 debris was forwarded to Malaysia, as this capability is not classified though other technologies might well remain classified? (Source: Slate.com)

14) Could it be that the above capabilities were not as touted?

15) However, in December, 2013, the USAtlas V rocket was launched carrying the spy satellite NROL-39 for the National Reconnaissance Office, an intelligence agency which is often overshadowed by the notorious National Security Agency (NSA), only it scoops data via spy satellites in outer space. The “NROL-39 emblem” is represented by the Octopus a versatile, adaptive, and highly intelligent creature. Emblematically, enemies of the United States can be reached no matter where they choose to hide. The emblem boldly states “Nothing is beyond our reach”.This virtually means that the tentacles of America’s World Octopus are spreading across the globe to coil around everything within their grasp, which is, well, everything (Source: Voice of Moscow). Yet, the US with such capabilities remained silent. Why?

It cannot be said that it is not within the realm of probabilities that the US may not want the plane MH 370 to be recovered if rogue intelligence operators were responsible for the disappearance of MH 370. 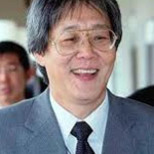 By:  Matthias Chang
A prominent Malaysian barrister and author who served as Political Secretary to the fourth prime minister of Malaysia, Tun Dr. Mahathir Mohamad. Malaysian media should pose critical questions to the US and its Intelligence Services and not to the Malaysian Government.

This article was first published on Global Research.