Gibson and the PLP Keep a Regressive Ideology Alive 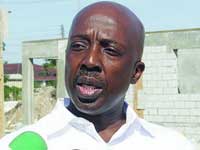 After reading PLP MP and Labour Minister Shane Gibson’s untimely response to a newspaper reporter concerning the FNM’s allegations of imminent job cuts at BTC, the Whistleblower has gained a more thorough understanding of why The Bahamas is far behind other nations which are categorized as First World and even regional nations that are Third World.

Politicians such as Gibson who are stuck in an ideological rut are mainly responsible for this 21st century country with a political atmosphere resembling that of the Dark Ages. Gibson, rather than answering a simple question with either a yes or no, decided to point to the FNM and the situation it met in place with BaTelCo after it came to power in August 1992. The Whistleblower was astounded to learn from Gibson that BaTelCo had a staff totaling 2,400.

In a tiny nation with a population of about 300,000, with a soiled reputation in the international community and teetering on the precipice of financial ruin due to mismanagement by the PLP government, the Whistleblower is at a loss for words after reading that the Pindling administration had hired all those people to work for one single government-run company.

Obviously Gibson sees nothing wrong with his political forebears bloating the corporation. And he obviously believes that his PLP supporters would agree with him. But anyone who agrees with this view is not only outdated but also regressive. 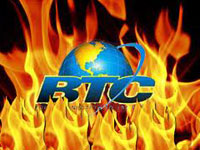 The Whistleblower simply cannot fathom the thought of 2,400 persons working at BTC. That number is beyond mind blogging. To say that the corporation’s staff was grossly bloated would be a major understatement.

What the Whistleblower finds deeply troubling is that he made the statement as if it were the most normal thing in the world to say in the year 2014. Gibson decided to play a math game with the journalist by pointing out that BTC today has in its employment 700 workers, down from the 2,400 it had in 1992 when the FNM took office. He essentially blamed the FNM for 1,700 job cuts at the corporation in the past 22 years.

The Whistleblower believes that the PLP under Pindling went on hiring binges throughout the 70s and 80s in order to stay in power. It worked for 25 years. In most cases getting a soft government job back then had nothing to do with skills, education, experience or talent.

The word meritocracy was not in the PLP’s lexicon. Hiring was mostly based on political patronage. That is why the civil service was so inept and inefficient.

In all probability, over 2,300 of the 2,400 workers the FNM met in place at BaTelCo were PLPs. And even if the Whistleblower’s estimation is wrong, no one can deny with a straight face that PLPs were disproportionately staffed at BaTelCo compared to FNMs.

BEC, the Water and Sewerage Corporation, ZNS, the government-owned hotels, Bahamasair and all of the other government departments and agencies were mainly staffed with PLPs. That was the PLP’s political strategy. They hired PLPs who along with their dependents, would be forever beholden to the party.

This strategy greatly demoralized thousands of Bahamians who didn’t support Pindling. It also nearly bankrupted the treasury. This was the dilemma Hubert Ingraham inherited from Pindling in 1992.

The Whistleblower finds no joy in seeing people lose their jobs, especially the 1,700 BTC workers sent home since 1992. But how does a government keep 2,400 workers employed at a corporation the size of BTC?

And please keep in mind that the only reason BaTelCo made a fair profit was because it had the monopoly. It had no competition.

Gibson’s brand of regressive, archaic, outdated and anachronistic politics was the main reason all of the government corporations were in such a shoddy state when Ingraham took office in 1992.

Yet he wants to allude to that era as if it was productive. This country will continue lagging behind in its Third World status so long as we the Bahamian people continue to vote for folks such as Gibson.