What’s Happening in The Bahamas? 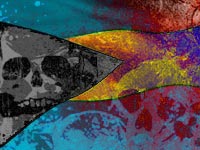 The Bahamas has reached the place where the late Sir Lynden Pindling predicted it would be. I recall a meeting with him in 1999, at which time he expressed concern for the future of our country. He was particularly focused on the connection between the Bahamas’ success and the decimation of Bahamian young men through the violence they were perpetrating towards each other and the society-at-large.

Now that it is 15 years later and I have lived to see what he was fearful of, I am more determined as a Bahamian man to do what I can to make a difference in the lives of our Bahamian men. As the father of three sons, I have a clear appreciation for the need to be a positive influence in their lives.

Our country continues to limp along with the great talk of economic progress and opportunity available for all. The reality is that for thousands there is no light at the end of the tunnel and political rhetoric is like being offered a plate of food when you are hungry, only to attempt to eat it and what one thought was food is a mirage.

The Bahamas is in a sad state of affairs in terms of social decay and we are plagued with financial failure as we edge closer to the precipice of permanent despair. There is a real struggle within our culture to keep sanity and order, because the view that the interest of the people is not served by the results that they are getting is a fact that is not going away.

What has happened to the Freedom of Information Act? Will we ever have anti-corruption legislation that encompasses the specific behaviors that ought to be exhibited by all in the public service inclusive of politicians, public servants and the directors of statutory government authorities and corporations?

The Bribery Act (1976) is not enough and does not protect the rights of our citizens from unscrupulous characters who would fleece our nation of its wealth if given the chance at political power.

Many thousands of you who live in New Providence are afraid to go out at night. Many of you are prisoners in your houses, with burglar bars like prison bars keeping you locked in as much as trying to keep others locked out.

Is this what politicians and the leaders of our country believe makes us the best little country in the world? It is shameful that we cannot enjoy the beauty of our country in tranquillity and peace. There are so many illegal immigrants, so many dangerous people on the streets, so many regular folk who just want an opportunity to earn a decent living and simply cannot.

These are serious times and the Bahamian people cannot afford to be hijacked with empty promises, fast talking “gangstas” and self-centered triflers, if we are going to be the best little country in the world.

Many of us have travelled extensively and seen enough of the world to know that we are not where we ought to be and we are far from where we could be.

The faith that so many had in themselves is now challenged by the reality that time is passing them by and while the desperation of many for jobs, jobs, jobs facilitates Maslow’s hierarchy of needs for human beings to have the basic necessities, this is not acceptable.

The diversification of the economy, economic ownership and national development are all nice words, but until governments can produce policies that bring these words to life, there will forever remain the grumbling and muttering under the breath of the masses, that here we go again, a life full of promises with no follow-through in terms of action.

The Bahamas that my father talks to me about today is not the one that he grew up in. Notwithstanding the shady past of racism, it was a more peaceful time than our politically correct, human rights era.

The essence of this dichotomy of concepts is that in all of the times of our national development there is good and bad. The lesson for our leaders to learn is to take the good from the various times and build upon that to make our country a better place.

Having been away for quite a while, I see a different Bahamas in less than a generation. I see a Bahamas that is crying out for direction in a way which surpasses the ordinary. We have a great task ahead to right the wrongs, fix the problems and create meaningful opportunities for Bahamians to have an awesome quality of life.

If we are serious about moving this country forward, just maybe there will be a movement that is about more than just politics, one that is about nation building.

For those who would wish to have a legacy, how about looking at that as a start?

What’s happening in our Bahamas? A lot, some would say. Not enough, others would say, maybe nothing. You decide, as it is all in the control of you, the people.