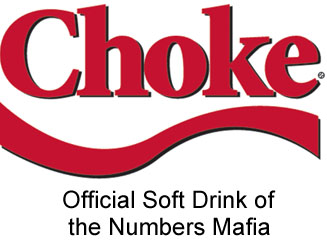 The big-mouthed criminals known as the Numbers Mafia are choking on their own vomit this morning.

Even before the ill-fated gambling referendum, the criminals were bragging about how much money their illegal operations pulled in, saying that if their illegal racket were legalized, the government would rake in millions of dollars in taxes every year.

Well, remember the old saying, be careful what you wish for.

The PUNCH reports that Government officials have concluded that, in order to legalize and regulate web shop casinos, the government must “grandfather” them into the system.  And that grandfather-in policy has to go back twelve years.

That includes all those years the big-mouthed crooks bragged they were making tens of millions of dollars… and never paying taxes on their booty.

The major numbers houses owe the government a whopping $714 million in past due taxes.  And that doesn’t include interest and penalties.

No doubt Perry Christie, who appears to be in the pocket of the numbers mafia, will help the crooks try to squirm out from under this obligation, but that will only reinforce allegations of impropriety.  Already, Christie has given the job of calculating the back taxes to Grant Thornton, an accounting firm where the PM’s own cousin, Kendrick Christie, is managing partner.

Further complicating the situation, the United States has made it clear that, even if the Christie government legalizes the illegal numbers business, U.S. banks will still consider revenue deposited by the crooks as laundered cash, which violates international banking regulations..

Just last year, the U.S. closed down the Florida branch of Bank of The Bahamas to stop the “contamination of the U.S. banking system.”

A couple of the biggest numbers boys are also being looked at for their human-smuggling and drug-running activities, which is another way they make all that money.