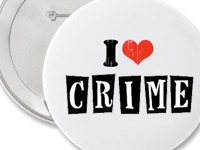 The 2014 report, released on May 28, states that last year there was a significant increase in violent crimes in locations frequented by American tourists in 2013.

“Many criminals carry firearms, machetes or knives. Unless provoked, criminals engaged in property crimes do not generally engage in gratuitous violence. There have been several reported armed robberies using a knife where the assailant assaulted the victim after the victim fought back and resisted. Many of these armed robberies were snatch-and-grabs involving purses, jewelry and gold necklaces.”

The number of assault reports also caught the eye of the Americans who noted that sexual assaults in hotel rooms, casinos, outside hotels and on cruise ships had increased.