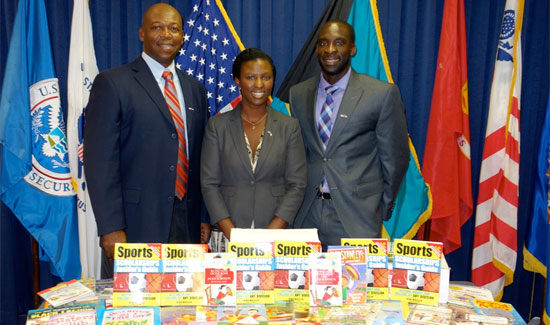 The Freedom Farm league will distribute the donated books to outstanding baseball players in recognition of their performance throughout the season.  Some of the books will also be distributed during Freedom Farm’s “Literacy Day” event scheduled for the upcoming baseball season where children from the wider community will be invited to participate.

Freedom Farm is a non-profit baseball league with a membership of approximately 650 children and young adults.  The league focuses not only on developing baseball skills, but also on building character, teaching unity through teamwork, and encouraging the pursuit of higher education.  The motto of the league is: “Higher Learning through the Sport of Baseball.”

With this latest donation from the U.S. Embassy, the Freedom Farm Baseball League has now received approximately 600 books from its partners, with a goal of collecting 2,000 books by January 2015.