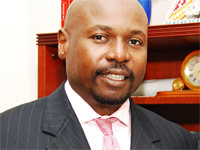 By John S. Bain Managing Partner at UHY, Bain & Associates in The Bahamas and member of UHY International

Introduction of the tax

In a previous paper, we posit that VAT was probably 20 years too late. The July 1, 2014 was the original date of the proposed system of Value Added Tax (VAT). Some persons thought it was too soon, and the government listened. The announcement date did, as was expected, generate much debate from the intellectual community, the business community and the general population. Now the debate is over and The House of Assembly passed the modified Bill. The original guidance was limited in its detail and an earlier exposure may have invited earlier comments. Today, however, after the delay and further studies by interested parties, the government of The Bahamas has announced a new date of implementation as January 1, 2015. It has also published the updated bill and a set of regulations, as well as embarked on a public relations system using social media, public broadcast, town meetings, and partnership with non-governmental organizations, including The Bahamas Institute of Chartered Accountants.  Additionally, a more comprehensive guidance has been published and, presumably in a move to ‘soften the blow’ of a new tax in a jurisdiction where there were few such fiscal obligations previously, the starting rate has been halved to 7.5%.

UHY welcomes the participative approach demonstrated by the government.  We believe that  the VAT debate (although healthy and necessary in a democracy) was beginning to generally follow the concept of saturation — when, in qualitative studies, the collection of new data does not shed any further light on the issue under investigation.   We believe however, that the debates were healthy and, as a result, the country is better off in terms of understanding the technical and compliance issues associated with implementation.

Presentation to businesses and the taxpaying public

At the onset, it is important for us to remind the readers that although the business collects and pays the tax to the government, and it is the business sector that will suffer the administrative burden and cost of doing so, ultimately, a VAT is borne by the final consumer.  The consumer will see the manifestation of this tax in the form of higher prices.

Because of the administrative burden, the business sector needs comprehensive guidance on any tax regime, particularly during the initial introduction.  For taxes on income, their structure can be very simple – work out what you earn and pay a percentage in tax.  VAT however, is a tax on each and every individual transaction and, even then, if everything was subject to VAT it could be quite simple – VAT on your sales less the VAT paid on your purchases would equal the net VAT you pay to the government.

Where VAT differs from that simple structure is that not all transactions are subject to VAT and, in many cases, do not allow the reclamation of VAT paid on associated costs. The distinctions can be very complicated, and for business people focused on their businesses, very difficult to understand and work out not only what VAT they have to declare on their VAT returns, but also what VAT they have to charge to their customers in the first place.

UHY believes that it will be of huge advantage if the Bahamian government were to publicly announce an initial period during which the regulations will be enforced with a ‘light touch’, where mistakes are not penalised and businesses are educated and encouraged to get the tax right. We would suggest from experience of new taxes in other jurisdictions that 12 months would be a reasonable timeframe to allow the implementation of the tax to settle, and for many of the inevitable ‘teething problems’ to be ironed out. Given the likely political cost of introducing any new tax, the government may consider this to regain some political capital by such a move. From an administrative perspective, such an initial period can also assist in identifying problems with the tax generally at an early stage so they can be addressed, rather than allowing them to fester later.  Indeed, the teething problems mentioned will also extend to the tax authorities, who will now see the differences between theory and practical implementation of the tax.  They too may need some time to work out the bugs in the governments systems of tax collection and enforcement

It is very positive that the Bahamian government structured its VAT system on the legislation and principles in use around the world, which itself are a derivation from the original European system.  The broad framework of the tax is therefore well understood and less likely to generate fundamental problems of implementation.

We note that the government maintains the initial VAT threshold is $100,000 in the revised Act, and this will exclude a number of very small businesses from the tax.  The government can expect difficulties around the boundary where businesses just above and just below the threshold will be in competition with each other.  This is the ‘cliff-edge’ and this is a common problem in many countries.  We can expect some small businesses trading around the boundary to deliberately slow down, close one day a week, or delay the recording of accounting information to keep them below the VAT threshold.  Indeed, without the mandatory requirement for licensed accountants to verify the tax computations, we can also expect the late declaration of sales at tax year-end to ensure the amount of sales do not meet the threshold.

Additionally, non-trading organisations such as charities or similar not-for-profit organisations may encounter difficulties.  Often, such organisations do fall within the VAT system and have difficulties in meeting the requirements from a cost and administrative perspective.  However, many such organisations will find themselves at the centre of a dispute over whether their activities are subject to VAT or not.  Experience in many jurisdictions with a VAT system suggests that the distinction between services provided under a contract and grant-funded activities can frequently be very difficult to analyse for VAT purposes.

Some persons co-mingle funds between their private transactions and the business operations, although this should only affect a very small number of persons. More generally, although it may seem unlikely at first, experience shows that disputes can be expected over whether someone has actually received payment for a service or not.  Under section 29 of the Act, a supply of goods includes “supply of goods for a consideration in goods or services” meaning payment for VAT purposes can include money and barter transactions.  It is possible that this will trigger disputes.

Another area where disputes are likely to arise is that of single vs. mixed supplies.  This has resulted in many cases through the European Domestic Courts and the European Court and the matter is still very unclear after many years of apparently final, landmark decisions.  Consider a supply of two things, one being subject to VAT and the other being exempt or zero-rated.  The business will want to argue either that the exempt or zero-rated elements are the predominant supply, or treat them as separate supplies to reduce the VAT payable.  The tax authority of course will want to treat the entire activity as a single supply at the standard-rate.  Additional examples where disputes could arise include the following:

The likelihood of such disputes is less than in other more established VAT systems as the Bahamian system has fewer exemptions and zero-rated items, but there will be disagreements, which will require resolution through the dispute resolution system.

For input tax deductions, there are several exclusions from the right to claim and these will inevitably cause many corrections to VAT returns, as businesses are likely to claim more than they are entitled to, in most cases inadvertently.  We would recommend that the tax authorities publish as much information and guidance as possible to help businesses compute the correct VAT and receive any returns due to them.

Looking at the proposals for services received in The Bahamas from suppliers outside The Bahamas, the quasi-import VAT due is a common feature of most VAT systems around the world and protects the home market from competition from non-resident suppliers who do not have to charge VAT.  An important difference for The Bahamas though, is that the recipient in all cases must submit an import declaration to the tax authority, and pay the import VAT, even where the recipient is a private person.  This is likely to result in many such people simply not reporting the receipt of services from a non-resident supplier and it will be very hard for the tax authority to control this, particularly in the Internet age with the delivery of electronic services (for example the payment and download of software).   There may be a reason to review this requirement in the future where the alternative is to require the non-resident supplier to register for VAT and itself declare Bahamian VAT.

In Part 2, we will examine some of the problems to be expected in the short, medium and long term after the implementation of VAT.

John S. Bain, a Chartered Accountant and a Certified Forensic Accountant, is Managing Partner at UHY, Bain & Associates in The Bahamas and member of UHY International, one of the world’s most respected accounting and economic analyses firms.  Bain assists attorneys, government corporations, individuals, and companies involved in civil litigation matters that involve money. Bain is a Fellow of the Association of Chartered Certified Accountants based in the UK, and is the winner of the 2007 ACCA Achievement Award for the Caribbean and the Americas. Further information is located at www.uhy-bs.com.  He can be contacted at john@uhy-bs.com.