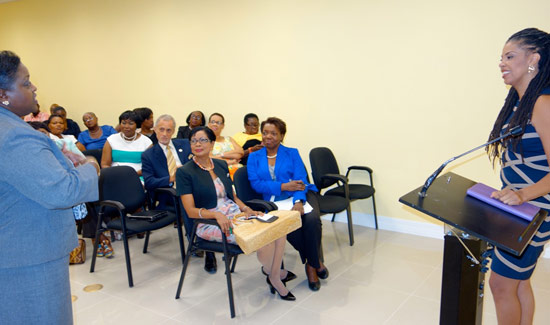 On September 10-12, 2014, the Public Affairs Section of the United States Embassy Nassau hosted a three-day conference focused on “Achieving Social Equity: Empowering Women and Youth Politically, Socially, and Economically” in Nassau with Dr. Avis Jones-DeWeever as the invited speaker.

Dr. Jones-DeWeever has held positions in a variety of highly esteemed organizations and governmental institutions throughout the United States.  Most recently she served as the Executive Director of the National Council of Negro Women where she led a new organizational push towards policy action and impact. 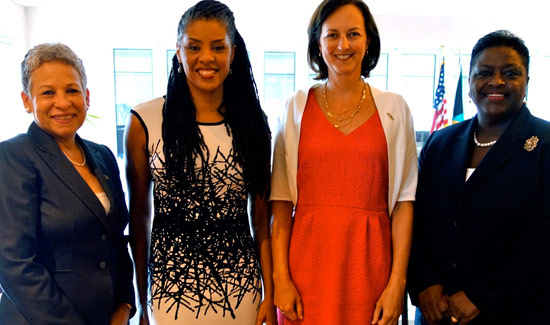 The highlight of the conference was a luncheon at Balmoral for influential women leaders hosted by U.S. Chargé d’Affaires Lisa Johnson.  Among the invited guests were women parliamentarians including the Minister of Transport and Aviation, The Hon. Glenys Hanna-Martin and Minister of Social Services and Community Development, The Hon. Melanie Griffin.  In her remarks, Chargé Johnson thanked the U.S. Embassy partners for their commitment to promoting gender equality in order to foster economic growth, peace and security – all key goals of the U.S. Embassy and the U.S. Department of State. 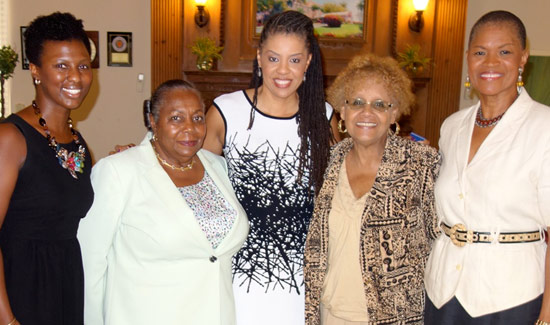 “We recognize that focusing our attention on women and girls is a smart investment for both the United States and The Bahamas,” Chargé Johnson said in her remarks.  She added, “I hope that over the course of the conference, we are each empowered to consider innovative ways to promote the next generation of women leaders and advance the status of women.”

In her address to the women leaders, Minister Griffin highlighted that the time had come for deliberate action to empower more women to enter the political arena and welcomed the series of discussions for Bahamian women to share experiences and insights to assist in transforming good intentions and ideas into effective action. 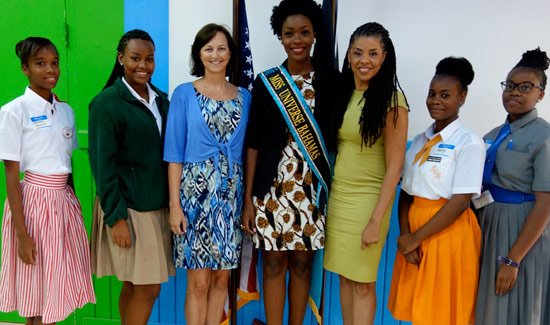 Photo 1: Minister of Social Services and Community Development, The Hon. Melanie Griffin engages Dr. Avis Jones-DeWeever on obstacles to women’s participation in political leadership during a forum held at the Women’s Bureau.