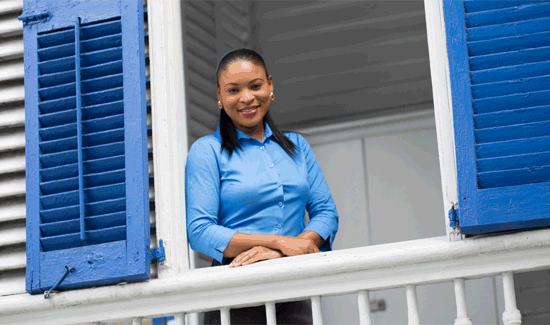 One week after Kerryann Pearce settled in to her new post as an estate agent at Island Living Real Estate headquartered on East Bay Street, she popped up with an idea likely to stir strong opinions for and against, but one she believes will give one of Nassau’s most established districts, Eastern Road, the shot in the arm it deserves and the market it needs.

The East, she says, has a lot to learn from the West.

“The success story in New Providence real estate for the past decade has been west from the near side of Cable Beach all the way to Old Fort Bay and Albany,” said Pearce. “There is a lot we can learn from what drove sales there and — the demand for attractive condominium living. People want more security and less maintenance.”

Now, she says, it is time to take those principles of lifestyle to the eastern side of the island, and in particular, to areas of Eastern Road which she suggests should be re-zoned from single family residential to multi-family.

“The East is beginning to show signs of resurgence,” said Pearce. “Eastern Road and its side streets have so many positive things to offer — close to schools, churches, shopping, beautiful views of Montagu Bay, good boating, mature trees, sweet breezes and brilliant landscaping. It really is a beautiful part of the island. But existing offerings do not match current market trends. It is getting more difficult to find buyers who want grand estates. For some of the current owners of those estates, times have changed. Their children are grown. They want to downsize, to find a community that offers lifestyle amenities. And there are not a lot of people coming behind them who want the maintenance of homes they are roaming around alone in a mini-mansion built for large families and elaborate parties decades ago. That means there is a very limited market.”

That reality, she said, is playing itself out in the listings on Eastern Road of what she calls “beautiful estates with breathtaking views that stay on the market month after month and, in a few cases, for years.” The answer, she believes, lies in what she calls “a realistic re-zoning.”

That re-zoning should be a matter for public consultation, but she suggests an area that would allow for construction of one or two high-end condominium developments with pools, fitness centre, covered parking, maybe even casual dining options and in-house concierge services.

“A few years ago, this would not have been practical but since the road improvements that have substantially reduced the time people spend in traffic in peak hours, the time has come to be realistic about the future of the eastern end of the island,” she said. “Eastern Road is one of the treasures of New Providence, and it deserves to be brought into current market realities while preserving its historic integrity with deep set lots, large trees and breathtaking landscaping and views.”

Pearce is the newest agent joining the firm that is housed in an historic building on East Bay Street. Island Living Real Estate handles residential and commercial sales and leasing and property management with a niche in the $300,000 to $1 million residential market.

Caption: New agent, new ideas – Kerryann Pearce, a new estate agent at Island Living Real Estate, calls for discussion on re-zoning of some areas of the Eastern District allowing low density condominium development, taking a lesson from residential offerings that have attracted young professionals and those wanting to downsize to the west.  (Photo by Kovah Duncombe for DPA)