Red Cross Center for the Deaf Celebrates its 50th Anniversary 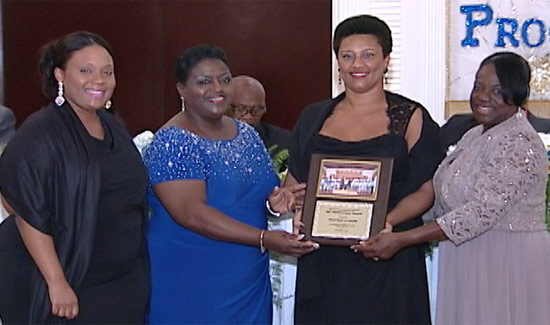 The Red Cross Center for the Deaf held a gala banquet to commemorate its 50th Anniversary under the theme “Progress, Challenges and Change”. Established in 1964, the center was birthed out of a need to cater to the growing number of  hearing impaired children in Bahamian society. Today, it is a joint effort of The Red Cross Society and the Department of Education; a partnership in which the Red Cross provides the building while the Department of Education is responsible for the curriculum, staff (teachers) and professional development of the staff. 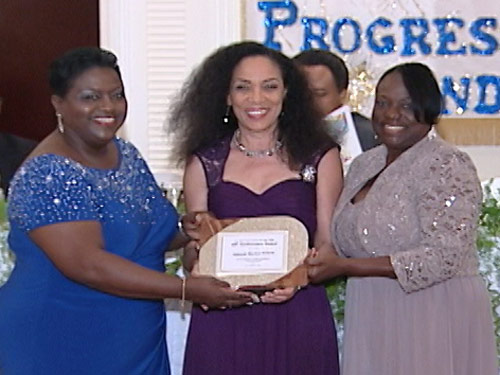 During its fifty year existence, the Red Cross Center for the Deaf has had stellar leadership, beginning with Miss. Hazel Buggs, the very first principal who came from England and served the school for thirteen (13) years. Mrs. Paula Poitier-Darcy then assumed the leadership role as the first Bahamian principal and dedicated seventeen (17) years of her life to the service of the institution. The legacy of great leadership continued with Mrs. Audrey Thomas-Barnett who served as principal for ten (10) years, and today that same seal of excellence that began fifty years ago, remains with it current principal, Mrs. Tessa Young-Nottage who has led the Center for the Deaf for the past decade.

Addressing the attendees on behalf of the Ministry of Education, Science and Technology, Mr. Marcellus C. Taylor, the Deputy Director of Education noted that “The establishment of a school for the deaf fifty years ago was nothing short of futuristic. Certainly, those individuals instrumental in the establishment of this center, were light years ahead of their time, especially for a country as small as ours. If I may add, it would be important to note that our country had not yet achieved independence, yet we were catering to the deaf. The formation of the Red Cross Center for the Deaf ushered in the concept of inclusion within education and society at large. This school which was to cater to the deaf community was indeed a pioneer of its time and introduced the concept of special needs learning to our country.” 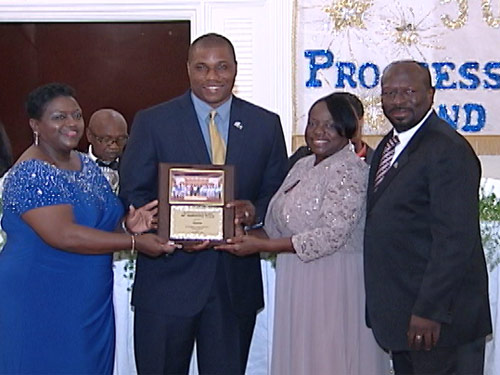 Both Mr. Taylor and the Hon. Melanie Griffin spoke of the affect of the partnership between the Red Cross and the Government by means of the Department of Education and the positive results of such a joint venture.

Bringing remarks on behalf of the Prime Minister Perry G. Christie was the Minister of Social Services and Community Development, the Hon. Melanie S. Griffin. She began by congratulating the Center for the Deaf and highly praised the present Principal, Mrs. Tessa Nottage and her staff, along with the past and present community of the Red Cross Center for the Deaf. Minister Griffin also alluded to the work of her Ministry and its impact on the deaf community as it also impacts individuals with disabilities.

She highlighted that “one of the guiding principles behind any form of special education, and I know that this is true in the case of the Center for the Deaf, is that of inclusivity, equality and access of opportunity. Such guiding principles however are not only in respect to children but all persons with disabilities. You would be aware that in July of this year, The Persons with Disabilities, (Equal Opportunities) Act was passed in Parliament and has been assented to. My Ministry will shortly bring into force, several sections of the legislation and appoint the National Commission which will have oversight of the implementation of the legislation.” 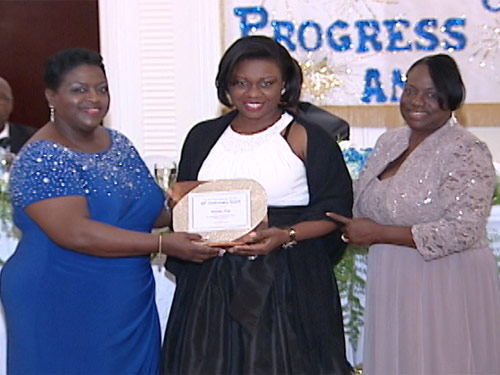 Minister Griffin also took the time to applaud the Center, especially the students, for their outstanding performances on national exams. Despite their hearing challenges, “the students performed well on the Grade 3 Grade Level Assessment Test (G.L.A.T.) as well as the Bahamas Junior Certificate (B.J.C.) exams as well as the Bahamas General Certificate of Secondary Education (B.G.C.S.E.). Special mention was also made of the cadre of teachers and Minster Griffin praised them, stating, “your choice of a profession is a noble one. In an era where there are so many career choices, it takes a person with a special calling to determine very early in life that his or her focus in life would be in the field of special education. It takes real determination to make the decision that you would acquire the professional tools required to teach the hearing impaired”.

The gala banquet attendees learned a few hand signs, specifically how to applaud considering the jaw-dropping performances from those within the deaf community. The audience stood to its feet after Mr. Devendo Fowler’s interpretive dance of the song, “I’m Amazed How You Love Me” and ballet by “Royalty”. It was indeed awe-inspiring to see the dramatization of the songs that were inaudible to them. 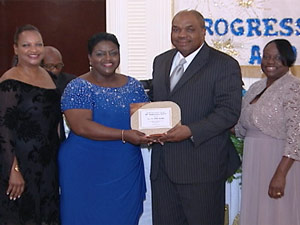 As the Center for the Deaf continues to empower those among us who are hearing impaired, they will do so in a new facility that will be constructed on the site of Cheshire Home on Dolphin Drive. As the government continues to support the work of the Red Cross Center for the Deaf, the partnership with non-government agencies and corporate Bahamas will allow for many great opportunities for the future success of the Center.

Captions From top to bottom:
RBC Royal Bank of Canada employees receiving an award from Red Cross Center for the Deaf for the company’s benevolence over the years. RBC Royal Bank has been an ardent supporter and corporate donor to the center
(Photo by Dorlan Curtis).

Dr. Deborah Mackey-Nubirth, the first Bahamian Audiologist was one of the honorees for her valuable contribution to the development of the Center for the Deaf. Pictured l-r: Hon. Melanie S. Griffin, Minister of Social Services and Community Development; Dr. Deborah Mackey-Nubirth, an honouree and Mrs. Tessa Nottage, Principal of the Center for the Deaf (Photo by Dorlan Curtis).

Representatives from Kiwanis accepting their award. Kiwanis who assisted in the building project of the school’s old campus was one of the civic honourees for the evening (Photo by Dorlan Curtis).

A representative from Scotiabank receiving the company’s award for their generosity and support of the Red Cross Center for the Deaf. Scotiabank has been a long standing corporate donor to the center (Photo by Dorlan Curtis).