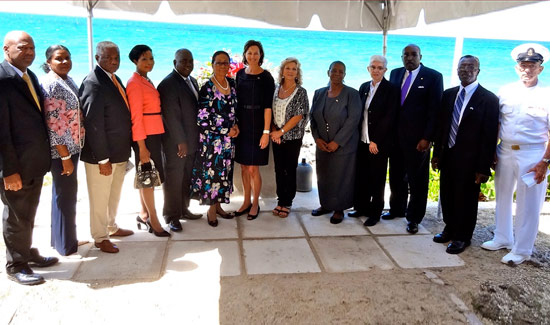 On Monday, May 25th, the United States Embassy commemorated Memorial Day with a wreath laying ceremony at Clifton Pier in memory of fallen comrades and military veterans.  The solemn tribute was held at the site of the Memorial to Patrol Squad 23 to commemorate the 10 U.S. crew members who lost their lives during a fateful training mission off the coast of Nassau on May 7th, 1954. 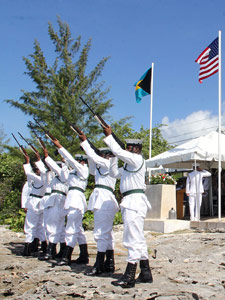 Among the officials on hand for the ceremony, U.S. Chargé d’Affaires a.i. Lisa Johnson, Her Excellency Dame Marguerite Pindling, Governor General of the Commonwealth of The Bahamas, Deputy Prime Minister Philip Davis and Mrs. Davis, Minister of National Security, Dr. Bernard Nottage and Mrs. Nottage as well as other senior U.S. and Bahamian government and law enforcement officials, members of the diplomatic corps, and family members of the fallen heroes.

In her remarks, Her Excellency Dame Marguerite Pindling noted that it is indeed appropriate that The Bahamas should join with the United States in the annual observance because the two countries are united in so many ways. 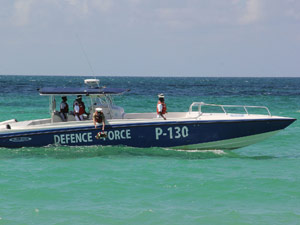 “I believe that this observance also serves as a potent reminder of the need to reflect on the original values which form the foundation of the United States and the Commonwealth of The Bahamas, and through that reflection remind ourselves of the need for eternal vigilance in the pursuit of the high ideals which form the foundation of our democracies.”

Chargé d’Affaires Lisa Johnson noted that the solemn occasion serves as an opportunity to honor service members, to remember their courage and selfless dedication and to say thank you for their sacrifices. 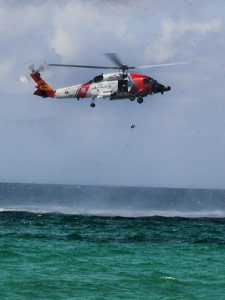 “Today, like so many times before, our values and freedoms are being challenged around the world.  We salute and honor our service men and women in uniform who voluntarily risk their lives and serve away from loved ones to defend the United States and its allies from enemies of the freedom that we all hold so dear.”  The Chargé added, “On this most solemn of days, we also honor the families of those who have fallen, as they have borne the heavy burden of our freedom. May we be equal to their example and to the task they have set before us.”

The ceremony included a moment of silence, playing of taps,  and a gun salute to honor the lives of the servicemen.  The memorial concluded with release of wreaths by a member of the U.S. Marine Corps Nassau Detachment on board a Royal Bahamas Defence Force vessel and a helicopter fly-by and wreath-laying by the U.S. Coast Guard.

Captions: in order from top to bottom

Gun Salute by members of the Royal Bahamas Defence Force.

Wreath laid by a member of the U.S. Marine Corps, onboard a Royal Bahamas Defence Force Vessel.

The U.S. Coast Guard fly-by and wreath release at the Memorial Day ceremony.