Statement by U.S. Charge d’Affaires Lisa Johnson on the 2015 Trafficking in Persons Report 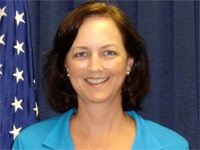 The U.S. Embassy in Nassau congratulates the Government of the Commonwealth of The Bahamas on its Tier 1 ranking in the 2015 TIP Report.  We commend the government for its efforts to strengthen anti-trafficking law enforcement, protect trafficking victims, and inform the public and potential victims about trafficking.

This Tier 1 ranking means that the Government of The Bahamas fully complies with the minimum standards for the elimination of trafficking. The government successfully convicted one trafficker and sentenced two traffickers from previous convictions in 2014, initiated three new prosecutions, adopted a four-year national anti-trafficking strategy and action plan, provided anti-trafficking training to officials, and continued to implement a victim-centered assistance protocol for identified trafficking victims.

The U.S. Embassy remains committed to assisting our Bahamian partners to further increase efforts to prosecute, convict, and appropriately punish traffickers; identify and protect victims of sex and labor trafficking; and educate the public and government officials about human trafficking and its manifestations in The Bahamas.

More information on the 2015 TIP Report for The Bahamas.