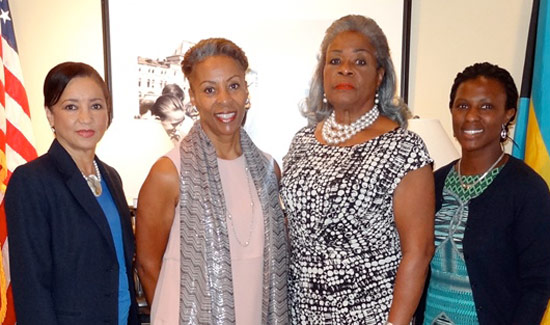 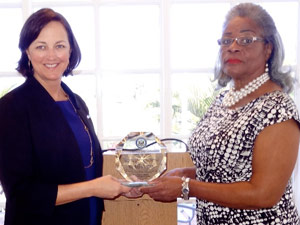 On Tuesday, March 8, U.S. Chargé d’Affaires a.i. Lisa Johnson hosted a breakfast reception at the U.S. Ambassador’s Residence to honor Embassy Nassau’s 2016 Woman of Courage and nominee for the Secretary’s Award for International Women of Courage.

U.S. Embassy Nassau nominated Ms. Jervis for the prestigious award International Woman of Courage Award in recognition of her dedication and more than 30 years of caring for people living with HIV/AIDS.  Ms. Jervis is a nation builder who has been instrumental in reducing discrimination and the stigma attached to HIV/AIDS in The Bahamas.  She continues her labor of love, driven by a passion to protect vulnerable members of society. Ms. Jervis received the award during Women’s History Month and on the 105th observance of International Women’s Day, globally observed on March 8. 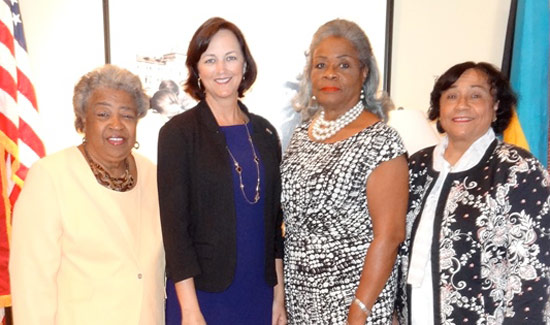 In her remarks, Chargé Johnson noted the significance of the event. “Today is a day to pause and reflect on how far we have come, but also to recognize how far we still have to go to achieve justice and equality for all.”  She added, “ Gender-based violence, underrepresentation in the workforce and in political and public life, and inequity in the ability to confer nationality to a child or spouse are just a few of the areas where more work needs to be done to ensure today’s girls have an even brighter future.”

Previous Embassy Nassau Woman of Courage award recipients include Ms. Sheila Culmer, recognized for a lifetime of advocacy on behalf of people with disabilities; Ms. Andrea Archer, for educating and helping teenage mothers; Ms. A. Missouri Sherman-Peter; for her long and exemplary career in the Bahamian foreign and civil service; the Honorable Janet Bostwick, for her role in the women’s labor movement; Dr. Sandra Dean Patterson, for her work at The Crisis Centre; and Ms. Rosa Mae Bain, for her work with HIV/AIDS research. 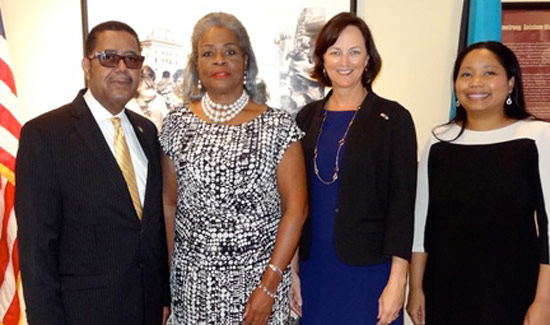