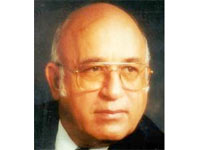 They waxed and they tacked and very emotionally presented the case. But they wasted our time and the taxpayers money, because we all believe in health care for all. We only disagree on how we accomplish it.

In a press statement, the Minister was quoted as saying there will be no taxes AT THIS TIME, and that it would be free to the public AT THIS TIME. Interesting! Is the Government going to wait until after the election before AT THIS TIME becomes NOW and the people will be taxed to pay for it?

We were told by the Government that it had hired KPMG to tell us what such a scheme would cost and could the Government afford it. We are now told that KPMG had looked at the plan and liked it.

I am sorry, but the tax payer did not pay all that money only to be told that they “liked it”; they were paid to say whether or not we could afford it and what it would cost.

Let me point out to the Government, and all those that the Government has paid from taxpayer’s money to review the matter, the Bahamian people are not fools and they should stop treating them like fools.

Look, enough is enough. Come clean with the people.

Let’s make it simple so that the Government may understand. Look at it this way.

A man and wife decide that they need a new car so they go into a car dealership. They see a Cadillac and a Volkswagen. Both fall in love with the Cadillac and so they ask the price and its gas consumption per mile as compared to the Volkswagen.

They look at each other and ponder. The Cadillac is beautiful but expensive, and they could not afford the gas bill. The Volkswagon, on the other hand, may not have all the bells and whistles but it will be reliable, will go the distance and will not cost as much money. Furthermore, when it runs out of gas they will have enough money to re-fill it.

So they make the common sense decision. They buy the Volkswagen.

The next decision is now, who will drive it? Although the husband has a license, his reputation as a driver is not too good. After all, he’s had a number of accidents and really has not proven to be a very good driver. The wife, on the other hand, is a good driver, has had no accidents, and says she can do a good job.

Again the common sense thing to do is let her drive the newly bought Volkswagen and let the husband take the passenger seat.

So now let us say the Volkswagen is the National Health Plan, the license to drive is the Government, and the gas is the money.

The next step is to see how the Government (the driver) handles the gas (money).

Before the last election, the current Government said the FNM Government had spent $100-million more on the road project than was contracted for. They promised to investigate it and tell us, the taxpayer, what happened to our $100-million dollars.

To date, they have said and done nothing.

They said that there was corruption in the National Insurance Board and, if elected, they would investigate. They have investigated, but to date they have not told us, the taxpayer, what was found and what was done about it.

There was a big problem with money at the Ministry of Tourism that they said would be investigated and acted on.

To date, as I recall it, the Minister said that it had been investigated and that the findings had been sent to Cabinet. What, the Cabinet? I thought the Attorney Generals office decided whether or not to prosecute? Be as it may, the public, the taxpayer, has not yet been told what happened to our money.

The Auditor General has been doing a great job finding out and telling about the $100-million here and the $70-million there that has gone missing or was borrowed by somebody, but it appears that nothing has been done about that. At least the taxpayer has not been told.

And the VAT money. The Government collected more than they initially projected, and we were told it was to be used to pay off the debt. Has it been? The debt seems to be rising. Maybe I’m wrong. Please advise.

Looks like the driver has come up short this time?!

Let us move on. Just as I smelled a rat in the FNM convention fiasco (by the way we found it!), I smell one here.

Primary care is not the big problem, catastrophic events are. So why tackle the primary care?

When all is said and done, the proposed plan helps the rich and hurts the poor.

Also, the person who now privately pays for his/her own health insurance will now get health care from the Government free.

However, the poor person who now gets FREE health care at the clinics will now have to pay a tax for health care.

So who is this plan helping, the rich or the poor?

Does the stench of a rat get stronger? Is a well-placed group trying to have what is called a “hostile” takeover of the health care system?

Author’s Footnote
There seems to be a lot of confusion about “limits” these days. People are told to “button their lips” when they make a comment that is not liked by some. Let me quote what a former British Prime Minister once said: “I may not agree with what you have to say, but I’ll fight to my death to procure you the right to say it.” Read and digest, Mr. Collie.

But with every freedom there is a corresponding responsibility. I heard that there is now a song being played about Prime Minister Christie, his wife, his daughter and his son. It is nasty, and it is wrong. This is not freedom of speech; it is reckless license.

We may disagree with all or some of the Prime Minister’s decisions. And we are free to express our disagreement. But involve his wife and children? No, that is going too far and is not acceptable.

Agree with him or not, Perry Christie is a decent man. He is a good family man. He loves and cares for his family. His wife is a fine woman; his daughter is a beautiful and talented young lady, and his son is a fine young man. Yes, he is autistic; however, that simply means that he may be smarter than all of us but is unable to express himself in a way that we understand him.

My advice to the song writer is: take the song off the market, and destroy it.