“The Rats Are Guarding The Cheese” 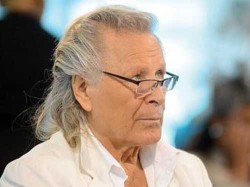 “The rich are now in charge….That is the fight now, against rich and powerful monied interests.”

These are the words former Cabinet Minister, Fred Mitchell, used to describe the state of affairs following the recent general elections in which the Free National Movement (FNM) won an overwhelming majority of seats to form the new Government in the Commonwealth of The Bahamas. The FNM party was also accused of having candidates who were funded with money from foreign interests.

It’s important to mention here that some individuals like to use fashion mogul Peter Nygard’s 2012 donation to the Progressive Liberal Party (PLP) as an accusation. These individuals fail to realize the obvious: Unlike the foreign interests purportedly donating to the FNM, Peter Nygard has never had a personal agenda that harms the Bahamas and Bahamians in any way. In fact, he has done all in his power to help Bahamians.

Peter Nygard considers The Bahamas his home and is known to be very generous. He can afford to be. Peter Nygard is said to be worth a billion dollars. He may have donated millions to the PLP, but that’s relative. In The Bahamas, he has given over a million dollars to our athletes, youth groups, community groups, schools, and individual Bahamians with medical challenges. Look at the millions Nygard gives every year to cancer research in Canada. Look at the millions he is constantly giving away everywhere and has been doing for many many years.

And what do we see as Nygard’s only desire and personal interest in The Bahamas? Rebuilding his home after it was mysteriously burned down. Can you begrudge him that? Who wouldn’t want to rebuild after such a tragic experience? Further, he has every right to rebuild!

In comparison, foreign monied interests have interjected themselves into our democracy in 2017 without a history of caring. Tell us, what have they done for The Bahamas—specifically, what has hedge-fund billionaire Louis Bacon done for the Bahamas? He has not donated one red cent to Bahamians. Yet, his money is said to have funded several candidates who won in the Elections. We all know of his self-serving personal agenda. What influence does he hope to have and what power can we expect him to wield?

The Clifton Review is a bi-weekly column that examines the question of the Clifton project along with the evolution of the war between two billionaires, the links to unsavory characters, the use of the courts for personal agendas, the involvement of a political party, and the attacks on the Government of The Bahamas.

We covered the start of this war with articles describing the battle over easement rights, the mysterious burning of a home, the blocks to rebuilding, and countless questionable court filings. This series of articles asks the needed questions and presents the arguments in full.