Tourists Could Enjoy Space Tourism By 2015 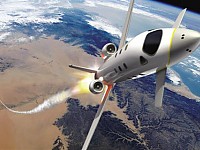 Space travel has become quite an intriguing term in recent years. With Boeing’s recent news revelations, the first step into space tourism has been made and what can be called nothing else but ‘space taxi’ may be launched as early as 2015.

Astronauts are being sent to space on a regular basis, some even stay for months. However, the thought of having a business offering space trips long seemed a bit far fetched. Until now.

Boeing has recently announced that it plans to offer space flights in partnership with Space Adventures, a Virginia-based company.

Boeing is developing a new space capsule which is to transport astronauts to the International Space Station (ISS). The capsule will have 7 seats, which will be shared by astronauts and space tourists who can afford this bizarre ‘space taxi’.