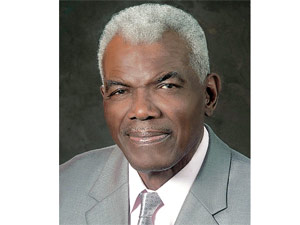 The body of Mr. Robinson will lie-in-state on Monday, December 3, 2012 in the foyer of the Thomas A. Robinson Stadium in the Queen Elizabeth Sports Centre. Viewing for Government officials and other dignitaries will be held at 9 a.m.; public viewing from 10:30 a.m. to 8 p.m.

Also on Monday, a Memorial Service will be held at 2:00 p.m. at the National Stadium. All schools will be invited to participate and the general public invited to attend.

Thomas Augustus Robinson was born on March 16, 1938 in Nassau, New Providence.  He represented the country in four consecutive Summer Olympics starting in 1956.  At the 1958 British Empire and Commonwealth Games in Cardiff, Wales, he won Gold in the 200 yards dash and Silver in the 100 yards dash.

Mr. Robinson is considered a one of the legends in Bahamian sports and in honour of his athletic achievements; the Thomas A. Robinson Stadium was first opened in 1981. It was rebuilt and reopened on February 23, 2012, a gift from the Government of the People’s Republic of China.

The national stadium has Olympic and international certification and has been designed to accommodate sporting events such as American Football, Rugby, Soccer and Track & Field. It has a capacity to hold 15,000, but can be expanded to accommodate 23,000 people.