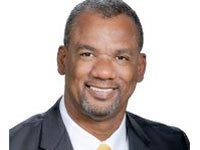 The government is trying to put together hundreds of thousands of dollars to fulfill commitments of an industrial agreement for non-faculty employees at the College of the Bahamas, said Education Minister Jerome Fitzgerald.

Mr Fitzgerald explained that he is moving to “make a Supplementary Appropriations Bill” as funds to cover the improved contract were not allocated in the budget.

About 350 non-faculty workers have been agitating for a new industrial agreement since their last contract expired in 2009.

According to John Pinder, president of the Bahamas Public Service Union which represents the employees, negotiations with COB’s College Council reached an impasse over financial considerations.