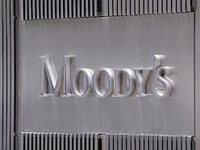 As the government prepares to release its interim budget, top ratings agency Moody’s is urging a redistribution of spending and tangible evidence of new revenue steams.

Back in January, Guardian Business exclusively revealed that the government could borrow an additional $150 million or more, bringing the deficit up to around $700 million. Michael Halkitis, the state minister of finance, has shied away from any projections
until the mid-term budget is released on February 20.

For Moody’s, what is more significant than any new borrowing is whether government will take new measures to right the ship.

“It will be interesting to see the consolidated plans for next year, if we see some tightening,” Al-Hussainy told Guardian Business from New York. “It will be interesting to see if government spending will be redistributed a little bit. Right now there is a lot of spending on subsidies, programs and wages. We’ll see if there is more capital spending in other areas of the economy.”

In other words, Moody’s is watching to see if the government can redistribute some of its funds into areas that stimulate the economy.

Al-Hussainy pointed out that not all spending has a direct, positive impact on the economy. Public sector wages, for example can be a major drain on the public purse. Bahamas Electricity Corporation (BEC) has made announcements in recent weeks that it intends to put a freeze on raises and crack down on overtime.

On the other side of the equation, however, is boosting revenue.

“There is an expenditure component and a revenue component. Both sides are important,” he explained. “We’ll have to see what activity will take place in terms of raising revenue. Value-added tax is something to talk about, but that will take years,” according to Al-Hussainy.

Government officials are proposed a revamp to the inefficient property tax collection procedure, although little known progress has been made in this regard so far. Last month, the Ministry of Finance proposed a program to stop the smuggling of cigarettes into the country through a stamp system, a move that could generate millions in otherwise lost tax revenue.

Al-Hussainy told Guardian Business that reform to the country’s old gambling laws are also significant to staying competitive in the region and creating revenue. Officials are now reviewing a proposal from the private sector and a decision should be made soon.

He called the domestic gambling industry “a drop in the bucket” compared to casino reform.

“There are bigger fish to fry,” he said. “I don’t have a sense that opening or closing domestic gambling houses would substantially change the economy.”

While official unemployment figures are high, Al-Hussainy went on to identify a substantial “gray market” of part time or underemployed Bahamians.

In tough times, individuals start working on the informal sector. He explained that this demographic is harder to measure, but also has a tangible impact on the economy.