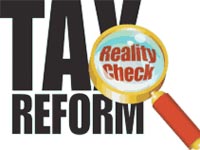 Many observers now have their eyes on Cyprus. The country is in the midst of financial crisis and the leaders of the Eurozone have demanded a high price for the money needed to bail out the country.

A condition of the loan from Europe is that bank depositors with less than 100,000 euros pay a 6.75 percent tax. Those with more than that would pay 9.9 percent. This has obviously caused people with money in those banks to try to take their money out. The country’s government is petitioning Europe to pull back on the demand to avoid a full run on its banks, which will occur when they open.

Much of this has played out on the weekend. There is a holiday in the country on Monday, but due to the fear of a run on the banks it is now unclear when they will open. Some suggest that now it doesn’t even matter if Europe pulls back on the plan, as people will still try to take out their money because they now know such a tax has been considered.

What makes this situation potentially explosive is that larger Eurozone countries are also in the midst of financial crises – countries such as Spain and Italy. If people with bank accounts in those countries assume that Europe will demand such a tax as a condition of aid, bank runs could occur their too. Such a circumstance would lead to a major international crisis.

This is the consequence of bad policy decisions made to fix existing problems. Here in The Bahamas we are on he verge of changing our entire tax system by introducing a value added tax (VAT). Many Bahamians accept that our tax system needs revamping. However, some significant questions remain unanswered regarding the proposed VAT, which is scheduled to begin July 1, 2014.

Philip Galanis, in his column published in this newspaper today, raises some of these questions. We recommend you consider the questions he puts forward.

Several issues regarding VAT need clarifying. Others may need further consideration. It does not appear that the government has prepared full projections as to what VAT will take in with the new reduced customs duties taken into consideration. In fact, it does not appear as if the full range of proposed customs duties to be adjusted has been decided upon yet. If that is the case, the government would be unable to project how much money it will take in with VAT in year one.

Additionally, the issue of inflation is significant. Consumers will have to pay a service tax on services they are not accustomed to paying such taxes on. Accessing lawyers and accountants in The Bahamas is already out of the reach of many Bahamians. Adding 15 percent on to the bill for such services would make seeking these types of representation even more difficult for regular people.

The situation in Cyprus is ongoing. There might be a settlement that calms the nerves of depositors, preventing a further banking crisis that spreads across Europe. However, there is also the possibility that Europe’s decision on the tax may cause serious regional problems. Here in The Bahamas the government must make sure that tax reform improves the system of revenue collection in a fair and equitable manner. This process, though, should not lead to a large across-the-board tax increase at a time when we are still attempting to emerge from the financial crisis of 2008. The government’s problem with debt has more to do with its wasteful spending than its level of revenue intake.

If tax reform is poorly conceptualized it could have serious negative effects just as the bank tax is having in Cyprus. Getting a major issue such as tax reform right is more important than doing it quickly.