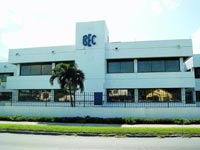 Union chiefs at the Bahamas Electricity Corporation could face fines of up to $10,000 or be jailed for two years if they breach labour rules on industrial action, the Government threatened.

Rank-and-file members could face a fine of up to $200 and three months in jail, warned Labour Minister Shane Gibson, who ordered all striking staff back to work.

Leslie Miller, BEC Chairman, said workers who engaged in the ‘illegal strike’ will have their pay cut and could be fired, to be replaced with ‘qualified individuals’.

In a statement, Mr Gibson said: “Given the fact that BEC is an essential service and pursuant to the provisions of the Industrial Relations Act, all BEC employees must immediately cease all industrial actions and are ordered back to work until this issue is resolved.

Speaking to The Tribune BEC Chairman, Leslie Miller said: “You have to understand, it’s not even the entire union that is protesting. The union consists of 500 people and there are only about 150 people demonstrating, the rest don’t want to bother with them. They are trying to do everything they can to bring the corporation to its knees but that will not happen as long as I am Chairman. This is not about a fired employee. This is about money. The big mouth ones making all the noise are the ones who made $80,000 a year in overtime and they don’t like that it has changed. We took money out of their pockets and they are mad,” he said.

“What they are doing is illegal and against the rules and if they continue they will be fired. We won’t hesitate in firing them. We paid out $57 million in salaries last year, there are thousands of Bahamians looking for work who would gladly take their place. If they do not like BEC they can find another job, simple. No one in this country will pay them what they are making now, they have no place else to go. No one is dumb enough to pay them what they are making. We will not cave in to their demands. It will not happen as long as I am Chairman.”

Union members are demanding that Mr Miller be fired and the worker re-instated.

The Deputy Prime Minister Philip ‘Brave’ Davis supported Mr. Miller saying: “I see no reason why Mr Miller will not remain as Executive Chairman. He is attempting to execute the mandate of the Government by, at some point, reducing the cost of electricity to the consumer. I do not think the union will sabotage electricity but it is they who the police will be called in for and those who are responsible will be dealt with.”