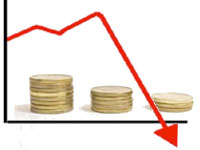 as saw 2012 foreign direct investment (FDI) inflows drop by more than 50 per cent to $595 million, a top private sector executive describing this as “a sobering reminder” of the competition for global capital.

The United Nations Economic Commission for Latin America and the Caribbean (ECLAC), in its annual report on FDI trends in the region, also estimated that around four Bahamian jobs are created with each $1 million invested.

And, while the reported 2012 fall-off in FDI inflows to the Bahamas may look bad, this nation is likely to have been up against tough year-over-year comparatives.

With the $2.6 billion Baha Mar development in full swing, the $211 million Bahamas Telecommunications Company (BTC) privatisation and $1 billion-plus acquisition of BORCO made 2011 something of a ‘banner year’ for Bahamian-related FDI inflows, hitting $1.2-$1.3 billion.

Still, the ECLAC report said: “The Bahamas received $595 million in FDI in 2012, less than half the level of the previous year.”

Comparing this nation to Barbados, given the tourism-dependent characteristics of their economies, the ECLAC report added: “Both these economies are highly dependent on tourism, which has been badly affected by the economic crisis since 2009.