Quantum of the Seas Itinerary Revealed 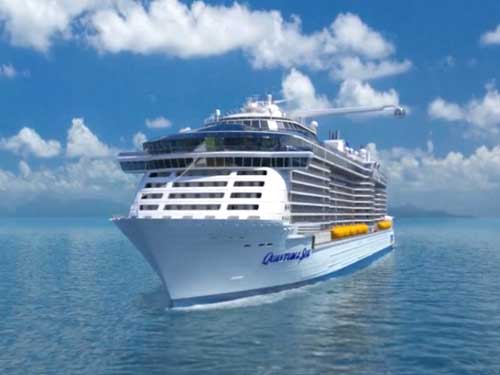 Royal Caribbean’s Quantum of the Seas is getting ready to set sail next year and the itinerary has been revealed as passengers will be able to book a trip on the new ship soon.

The new ship will make its inaugural voyage on Nov. 23, 2014 from Cape Liberty Cruise Port in Bayonne, N.J. It will then offer seven- and eight-night Bahamas, eight- to 11-night Eastern Caribbean, and 11- and 12-night Southern Caribbean itineraries, USA Today reports.

The Bahamas cruises will make stops at Port Canaveral, Fla., Nassau and CocoCay, Royal Caribbean’s private island in the Bahamas. The trips to the Eastern Caribbean will include stops in San Juan, Puerto Rico; Samana, Dominican Republic; St. Thomas; St. Kitts; and St. Maarten. Trips to the Southern Caribbean will include the ports of San Juan, St. Maarten, Martinique, Barbados and St. Kitts. The ship will also often make stops at Labadee, Royal Caribbean’s private beach on the north coast of Haiti.

The Quantum of the Seas will have features that no other cruise ship has such as the first skydiving experience; a giant mechanical arm that transports passengers high above the vessel in a glass capsule; the largest indoor sports and entertainment complex at sea with bumper cars, roller skating and a circus school with flying trapeze; a full-size basketball court, and more.

A sister ship, Anthem of the Seas, will make its debut the following year in 2015.

The ships are larger than other, with cabins 9 percent bigger than cabins on other ships. The ship will even have 28 studio cabins.