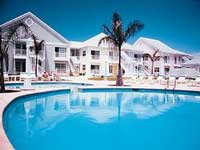 The latest investments and infrastructures in the Bahamas has prompted Sandyport to revisit long-held plans to build a potential 512-room resort in Nassau.

Garth Buckner, president of the Sandyport Development Company, reportedly told The Tribune that the developers were assisting “what the right thing is for today” in regards to its possible hotel project.

Sandyport, which first sold its lot more than two decades ago, now has 450 occupied residences, and Mr Buckner said the developers were taking “a hard look” at how to develop 12 acres of unoccupied land into commercial space.

“Sandyport has one of the finest undeveloped hotel properties in the region,” he told The Tribune. “We have full government approval for up to a 512-room hotel. We’re revisiting the hotel development plans that we had prior to the recession, and we’ve had positive initial conversations. We’re in really early days.”

Khaalis Rolle, minister of state for investments, pledged he and the Government would do everything necessary to bring Sandyport’s proposed hotel to fruition.

“That project has tremendous potential, and there’s tremendous interest in it,” Minister Rolle said. “Things are moving forward, and hopefully we’ll get it done. I’m on the case.”