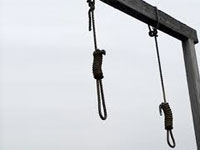 Tall Pines MP Leslie Miller said yesterday he will call for a vote on capital punishment when Parliament resumes next month, so the country can “deal with the matter once and for all”.

“I think the time has come now,” Miller told The Nassau Guardian. “…We should take a vote in Parliament and say who is for and who is against it.

“I’m going to speak to the leader of the opposition concerning it and I will help him to push a vote forward to say put up or shut up.

The last time capital punishment was carried out in The Bahamas was on January 6, 2000 when David Mitchell was hanged.

In March 2006, the Privy Council ruled that the mandatory death sentence in The Bahamas was unconstitutional.

But Miller said the Privy Council should not be allowed to influence decisions on hanging in the country. “If the majority is for it we should let the law take its full course,” he said.

“I really don’t think as a Bahamian that we should allow men who sit in a place called the Privy Council in London to make decisions that affect the lives of ordinary Bahamians. They don’t face what we face.”