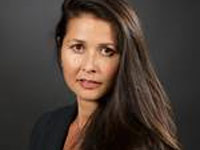 The Bahamas Hotel and Tourism Association (BHTA) is pleased to announce the appointment of Ms. Suzanne Pattusch as Executive Vice President.  She assumes the post on March 3, 2014.

BHTA President Stuart Bowe stated “We are excited to have Suzanne join us. She brings to the organization a high level of energy, experience and expertise in association-related work.  We are confident that BHTA, the industry, and The Bahamas will benefit from her stewardship, as the organization goes from strength to strength”.

Pattusch served previously from 2003 to 2007 as Executive Director for the Nassau Tourism Development Board where she worked closely with public and private sector stakeholders in the development of the revitalization plan for the city and helped to guide the implementation of several of the plan’s recommendations.  Her work with the Board included collaborating with the Ministry of Tourism and the Royal Bahamas Police Force to create the Tourism Police program and other visitor safety and security initiatives for downtown Nassau.

She most recently served for seven years as Manager for the Old Fort Bay Property Owners Association. Earlier in her career she owned and operated a tourism-related business.  Growing up in Nassau she was exposed to the industry with her father serving as General Manager for several hotels.

Commenting on her appointment, Pattusch said “I am excited and honoured to be offered the opportunity to work alongside the dynamic, committed, accomplished individuals who comprise the BHTA.  Some of the most prominent industry leaders in our nation have served, and continue to serve this organization as President, Executive Vice President, committee members and allied partners.  I look forward to working with this formidable alliance of private and public sector stakeholders to positively impact our nations vital Tourism Industry.”

Pattusch’s appointment follows an extensive recruitment process which started in September according to Bowe.  “We are appreciative to all of those individuals who applied for the position, in particular, our finalists.  It was a very competitive process.  I’m also grateful to the members of our Search Committee and my colleagues on the BHTA Executive Committee who took to heart the importance of their assignment.”

Outgoing Executive Vice President Frank Comito will remain in his post until the end of February and assist with transition matters.  The Bahamas Hotel and Tourism Association has been in existence since 1952 and is a nonprofit private-sector led organization with over 200 members throughout The Bahamas representing hotels as well as industry related partners in the tourism sector.  The Association has been a major advocate for the advancement of the nation’s tourism industry and works closely with the Ministry of Tourism and other stakeholders on a range of efforts to ensure the industry’s competitiveness.