US, Canada Hit Out at Offshore Tax Evasion in Caribbean 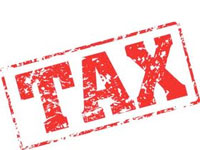 The United States Department of the Treasury says it has signed intergovernmental agreements (IGAs) with Canada to halt offshore tax evasion in the Caribbean and other countries through implementation of the Foreign Account Tax Compliance Act (FATCA).

On Wednesday, the Treasury Department said similar agreements were signed earlier this week with Hungary, Italy and Mauritius.

The department noted that the US Congress enacted the FATCA in 2010 to “target non-compliance by US taxpayers using foreign accounts,” including those in the Caribbean.

“The provision has since become the global standard for promoting tax transparency,” said the statement, adding that the United States has signed 22 IGAs and “has 12 agreements in substance to date.”

“The agreements announced today clearly demonstrate the considerable international support behind FATCA, and we are proud to lead the global charge on this pressing issue,” he added.