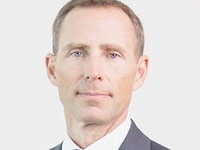 The Lyford Cay Foundation has elected a new chairman, Basil P Goulandris, who will be filling the position left vacant with the death of long-time chairman Manuel J Cutillas. Mr Goulandris has been an actively involved director of the LCF since 1997.

Born and raised in London, Mr Goulandris moved to the United States in the 1980s to study international development at Clark University in Massachusetts. Growing up in a Greek shipping family he joined the business on completing his studies. With family ties to the Bahamas since the early 1950s, Mr Goulandris has called Nassau his permanent residence for over 20 years.

According to a statement issued by the Lyford Cay Foundation yesterday, Mr Goulandris has long been a committed supporter of the foundation as it works to provide opportunities for Bahamians.

“In fact, Goulandris is a second generation volunteer with LCF, following in the footsteps of his father who is now an honorary director of the foundation and previously served on the board for 22 years.

In addition to supporting local organisations that are dedicated to the education of Bahamian youth, Goulandris would like to see greater opportunities extended to those in the Family Islands. He is passionate about the foundation’s quest to provide Bahamians with opportunities for post-secondary learning and believes that more can be done to assist students in achieving this goal,” the statement read.

“Being involved, I’ve seen first-hand the positive impact of the foundation,” Mr Goulandris added. “I am honoured to have been asked to serve.” The foundation said they look forward to making “even greater strides for the good of the community” under his leadership.