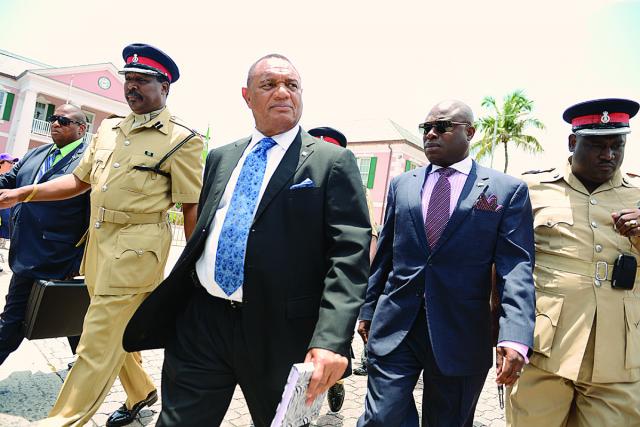 Perry Christie is either the biggest liar The Bahamas has ever known or he is the most incompetent Prime Minister the world has ever seen.

Christie’s PLP government has blown just about every one of its self-imposed deadlines on key legislation that it promised the Bahamian people.

Now, that doesn’t surprise many people, given Christie’s disastrous first term in office.  But even those who were willing to give the PLP a second chance are questioning Mr Christie’s integrity and  competence.

From dealing with crime and legislation on value-added tax (VAT), to the environment, Freedom of Information and the gambling debacle, Mr Christie has shown that his word and promises mean nothing.

At some point, Bahamians need to question whether Mr Christie is just totally incompetent or is he intentionally lying, making promises he has no intention of keeping, in an attempt to appease the D+ masses who only read the headlines and listen to soundbites.

Look at the VAT situation.

As many prominent Bahamians have suggested for months… The Bahamas is not ready to implement VAT on July 1, 2014.  Yet, it took several extra months and numerous foreign consultants before Mr Christie was able to grasp that fact.

Meanwhile, the so-called VAT education campaign has been a miserable failure, lacking focus and details.

As Candia Dames said in her excellent article on Christie’s failure, “The government should be embarrassed that it cannot get its act together on these matters.”

But they are not.

These constant postponements give the appearance of a government in disarray and many voters have lost faith in Mr Christie’s ability to steer the nation out of its problems.

Then there is the web shop gambling debacle.

Before the failed referendum in January 2013, Mr Christie famously said that the PLP “does not have a horse in the race”.  That has turned out to be a bald-faced lie as the biggest supporters of web shop gambling appear to be several of Mr Christie’s Cabinet members and PLP MPs.

The entire web shop gambling referendum was  nothing but a waste of time and taxpayer dollars.

Meanwhile, the legitimate casinos – which are the backbone of our tourism product – remain in limbo.

The casinos, including the soon to be opened casino at Baha Mar, are facing increased competition from other jurisdictions and need new legislation to remain competitive.

Remember the Stem Cell Bill.  The Prime Minister gushed to the media about all the benefits that bill would provide for The Bahamas.  Yet, months after the legislation was passed in Parliament, regulations have still not yet been completed.

Same with the much-touted Marco’s Law which, was also passed but, remains toothless due to a lack of regulations giving it clout.

And what ever happened to the promised sex offenders register? Instead, we have a major sex offender, Randy Fraser, opening a new church where he can lure young girls to satisfy his perverted sexual desires.

Again, we borrow a few lines from Ms Dames’ article in the Nassau Guardian:

“We have no idea what to believe from this government.

“It is good at speeches and throwing out timelines.

“It is bad at organization and doing things when it says it will do them.”

Mr Christie’s inept style of governance supports criticisms that have long been made of him – lots of talk but little action.

Sure, he’s good in front of the cameras and loves to make big announcements but he’s terrible at living up to his promises, or achieving anything of consequence.

Look at all the hype surrounding the PLP’s plan to take back two percent of BTC from Cable & Wireless.

Remember when ZNS cut into programming to announce that the Christie government had succeeded in their attempts?

But it was all fluff. Nothing significant changed and no bill was ever tabled in Parliament to clarify the terms of the amended agreement.

These are just a few examples of Christie’s mealy-mouthed promises followed by no action.

How do you feel about Mr Christie’s governance?