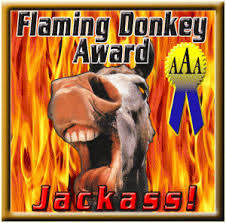 The national debt is $5 billion. Deficit spending in each of the past two years was half billion dollars. The Gold Rust administration borrowed $1 billion in its first two years in office. As of today, no one in the PLP can give a satisfactory accounting of the $15 million allocated to Urban Renewal 2.0 in 2012. Apparently, that money grew legs and wandered off and hasn’t been seen since.

The PLP issued out $20 million in contracts towards PM Perry Christie’s pet project the Bahamas Agriculture and Marine Science Institute in PLP country North Andros just this past February. However, already there are rumblings that another $7 million has been requested for infrastructural work for that development.

This comes on the heels of media disclosure of a $20 million contract being awarded to a PLP supporter-owned company called Holiday Industrial Builders to construct a government complex on John F. Kennedy Drive.

Foreign Affairs Minister Fred Mitchell continues to shatter his previously held record of being the most travelled minister in Bahamian history. The Whistleblower understands that he has travelled to the Middle East country of Qatar. He had also travelled to England. Hundreds of thousands of dollars in travel costs and the Bahamian people has yet to see any meaningful fruit. What has the $1 million he spent globetrotting the world between 2002-2007 gained the Bahamian people? Nothing.

The PLP is telling the people that the Treasury is broke. Yet its House Select Committee is requesting the government to give MPs and the deputy speaker of the House a salary increase. The Whistleblower feels that the MP yearly salary of $28,000 is sufficient pay, especially considering the incompetent representation many of the MPs are giving their constituents.

What’s more, the Gold Rust administration has 21 ministers, who all earn over $60,000 annually, plus handsome perks. Many of these MPs are already millionaires.

In light of all this, how can the Gold Rust administration fix its mouth to ask the Bahamian people, many of whom are catching eternal hell, for a pay raise? Is this government out of its cotton picking mind?

And to add injury to insult, the Gold Rust administration is planning on burdening the small man with Valued-Added Tax.

The PLP says that the Treasury is broke. Yet its members have the temerity to ask for a pay increase. The PLP doesn’t care about the small man.

But the Whistleblower understands clearly that it makes very little sense beating his gum over this matter. The poor PLPs who live in the over-the-hill constituencies will continue to vote for these out of touch politicians who are living high off the hog.

These poor PLPs might be mad with their party right now. But their MPs will pacify their angry voters by getting them drinks and fried chicken and PLP T-shirts.