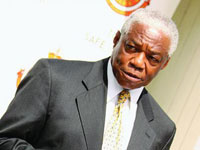 In every business I have ever worked in, the guy who is the laziest, the one who demonstrates the least competence, the one who wastes the most time, is always the first one to ask for a raise.

Our parliamentarians say they haven’t had a raise in 25 years and that just isn’t fair. The cost of living has gone up considerably during that time, and who can live, much less support a family off $28,000 nowadays?

The thing is, for the hours they actually put in, most MPs are paid up there with our most well remunerated lawyers and bankers. Honestly, how many of them can actually claim they put in more than a few days a week?

For the rest of the time, they are free to pursue whatever money-making venture they see fit. And its not like they can complain about a lack of opportunities – could there be a more advantageous recommendation when applying for a job than membership of parliament?

If they really can’t make their own ends meet on these terms, I submit that they are the last people on earth we want trying to fix our country’s economic woes.

If our MPs really want to know how to live off $28,000, they should ask the thousands of Bahamians who live off far less than that on a daily basis. The MPs certainly know where to find such individuals – in many cases, they are their constituents.

It was the height of irony, one of those ‘I have to laugh so I don’t cry’ moments, when Minister of National Security Dr. Bernard Nottage, the MP for Bain and Grants Town, stood in the House of Assembly to raise the issue of more money for his parliamentary colleagues.

Has Nottage ever walked the streets of his own constituency, a constituency represented by his party since independence? If so, he will have come across whole families who subsist off far less than $28,000 a year, families that can’t even imagine that amount of money ever falling into their hands.

On top of that, these poor, struggling people are the ones who have to deal with the full brunt of our violent crime epidemic. They can’t afford the security bars and alarm systems, the automatic gates which I am sure guard the houses of the majority of our cry-poor-mouth politicians.

They live in squalor, in neighborhoods ridden with trash and filth, with no running water in the houses, and with outdoor latrines straight out of the 17th century.

And the harsh realities of Bain and Grants Town are repeated in Englerston, in Fox Hill, in Centerville (represented by our good prime minister himself) and in many Family Islands.

After 40 years of non-stop representation by the same people, who in these areas can say they got their money’s worth?

I would here like to propose an experiment. It is often said that the seemingly insurmountable problem of substandard public education would be fixed in a heartbeat if every MP was forced to send their children to a government school. I say we try out the same approach in this instance.

We should send all MPs who cry poor mouth to live in the constituencies they represent, on the average budget of a family there and in the same ramshackle lean-to that many of their constituents call home. Leave them there for a year. After that, they can come tell us who much money they believe $28,000 is.