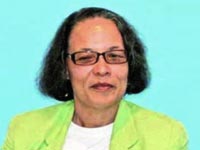 It has been almost a year since I have put pen to paper to write in response to the former Mardi Gras debacle that has now morphed into Bahamas Carnival and I am very happy to see that other artists, such as KB and Dionne Benjamin-Smith, have taken up the mantle and are making their dissenting voices heard loud and clear! I would behoove those persons in charge to listen carefully to these citizens’ concerns and address these issues. Bahamian citizens feel slighted and justifiably outraged by the direction this event is taking, and they are standing up for their rights and demanding that ‘WE TINGS’ gets the respect it deserves.

Since Ms Benjamin-Smith stated at the end of her editorial: I have often wondered what our brother Jackson Burnside would have said about all this, I will answer on his behalf by simply saying: Be who you is, and not who you ain’t, cos if you is who you ain’t, you ain’t who you is!

The problem with all of these grand ideas is:
1)    They start with the misguided premise that foreign is better;
2)    They are announced with great fanfare without proper local consultation beforehand;
3)    They operate based on the misconception that The Bahamas has no worthwhile culture;
4)    They are managed by persons who readily give up The Bahamas’ rightful place to outside entities with open arms;
5)    They do not give Bahamians the opportunity to participate up front ‘in the first beginning’;
6)    They are concerned first and foremost with money instead of uplifting the Bahamian people.

Projects such as Jumbey Village, Junkanoo in June, Goombay Summer etc. emerged from the soul of the Bahamian people, involved the people, and developed from a strong foundation of authenticity. Without authenticity and ‘true true’ Bahamian involvement and support, these so-called ‘cultural projects’ will die a natural death. We must not dilute the power of who we are as a people. But sadly, we continue to do so and throw support and money readily behind ‘other people tings’ and deny the same to our own.

Since 2013 when this event was first announced, Bahamian ‘delegations’ have been travelling around the globe to investigate how we can transport this money making machine to The Bahamas, and foreign experts have been invited to come here to show us how to do it their way! On the other hand, for the past 10 years ‘Barabbas’ Woodside cannot get governmental support to take junkanoos to Georgia where they are celebrated annually and even have a key to the city!

It is appalling when 11 Bahamian fine artists cannot get one governmental cent to take their ‘Artists of The Bahamas’ Exhibition to the United States, or when the National Children’s Choir has to have practice outside in a parking lot, or when the Bahamas All Stars probably will not get financial support to send their Marching Band to the Macy’s Parade! There are many other disgraceful stories like these which indicate that Bahamian art, culture and heritage does not have the respect it deserves! This is terribly wrong and this foolishness has to stop!

Let’s examine the supposed rationale for this Lenten event in the Bahamas starting with the name. ‘Carnival’ is known around the world as something that attracts loads of visitors and makes loads of money. Carnival equals party time with revelry, abandon and celebration with oftentimes skimpy costumes and loud, canned, indigenous music. By using the word ‘Carnival’ those persons who follow the carnival circuits around the world will be sure to travel here to see what the ‘new carnival on the block’ is all about, the hotels will be filled for the slow season of the year, and money will be flowing in the economy. So the new name that was chosen from a school competition is “Bahamas Carnival”.

Next, let’s look at the costumes and the latest public ‘call’ for costume designs in the news media. It is quite obvious that these ads were produced by the ‘foreign expert’ because there is a photograph of an female participant, along with a drawing of the same skimpy costume with lots of feathers below the supposedly new Bahamas Carnival logo of a feathered mask (was the winner of these competitions a Bahamian graphic designer????) By using these three images the Carnival Committee has established a strong Trinidadian standard of costuming half naked girls for the Bahamas Carnival, negating any Bahamian content whatsoever, which I find most offensive.

On Friday last, Creative Nassau (www.creativenassau.com) held its official Launch as a community organization geared to ‘promoting and celebrating Bahamian Art, Culture and Heritage from the inside out” by concentrating primarily on the two Bahamian traditions of straw craft and junkanoo. The organization was formed by my late husband, Jackson Burnside and I, after we attended the first International Conference on “Creative Tourism, A Global Conversation” in Santa Fe in 2008. This Conference defined Creative Tourism as “tourism directed toward an engaged and authentic experience, with participative learning in the arts, heritage or special character of a place”, and has led Creative Nassau to apply to the UNESCO Creative Cities Network to have Nassau designated as a Creative City of Crafts and Folk Arts.

Creative Nassau’s small team of passionate Bahamian citizens have submitted this application on their own as private citizens without the assistance of government entities (who, although approached, would not supply us with letters of endorsement in spite of the fact that we received, without hesitation, letters of endorsement from Creative Cities in Japan, Korea, Egypt, Santa Fe, Kentucky and Italy!) Amazing, isn’t it? But what do you expect after decades of ignorance and neglect of the country’s art, culture and heritage by the powers that be? That is why the creative community must band together, make its voice heard and do what it has to do regardless, otherwise our rich heritage will shrivel up like a raisin in the sun.

I, for one, am not prepared to let that happen!

Do you realize how much potential rests in these two authentically Bahamian activities of straw craft and junkanoo? Imagine how we can use these folk arts, which are ingrained in a large majority of the population, as a means to turn the country’s economic situation around? Think about it – straw craft has been the means for hundreds of family to make a living for generations using a raw material that grows freely in the islands and is environmentally friendly and sustainable.

Unfortunately the straw craft industry has recently made a turn for the worst because the authentic Bahamian straw vendor has been replaced by a flea market merchant of mostly mass produced cheap foreign goods, in spite of government legislation contained in the Straw Market Authority Bill which states that all products sold in the Straw Markets must be 100% authentically Bahamian! But then again, how often has the law been adhered to and properly policed in situations such as these?

Yes, we know the Christmas Junkanoo parade is not a money making event – it is purely a celebration, for which junkanoo groups have to go ‘begging for funds’ (usually to the same direct foreign investor entities whom the governments continue to entice to come here) to get the parade on to Bay Street. Junkanoo has never been promoted as a visitor attraction by the Ministries of Culture and Tourism because the rooms are already full during the Christmas season so they do not need to use their precious marketing dollars to promote tourists to come and experience our culture! If you took a survey of those visitors who are in Nassau during the junkanoo season you would be surprised how few of them even know what junknaoo is!

So how about re-directing the large sums of money being raised and thrown behind Carnival into Junkanoo instead and educating groups and participants on how to make the junkanoo festival a money making enterprise? That way junkanoo groups can sustain themselves financially, provide jobs year round for our citizens, and provide the tourists with an authentic experience! We have to ‘drop our bucket where we stand’ and look at OUR parade first and turn it around so that it becomes an economic engine for the country.

The junkanoo groups have to battle year round to get two parades out within a week of each other at Christmas. Why not have one competitive Christmas junkanoo parade on Boxing Day and use the New Year’s holiday for scrap rushing (which is the sweetest parade in any case, if you ask me!) which will free up the junkanoo groups’ energy to also design another festival around Lent that can also be marketed to the visitor? There is no need to reinvent the wheel here – just exercise some good old common sense so that everybody can benefit by designing a Festival that:

1)    Represents who WE are as a people;
2)    Presents our art and culture with pride
3)    Provides us with much needed self respect and dignity
4)    Gets the whole country involved with showing off our culture to the world
5)    Inviting the visitor to join us to celebrate with us
6)    Provides opportunities for skilled artisans to make money by doing what WE do best
7)    Provides jobs and industry for many in these hard economic times
8)    Makes us the masters of our own fate.

If we do not stand up for ourselves and lay claim to what is ours, someone else is going to claim it for us! ‘See what ya lookin’ at, Bahamas!