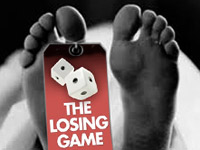 Bahamas Faith Ministries founder, Dr Myles Munroe – although gambling is against his religion – has drawn his breath in long enough to tolerate a more emasculated version of the devil in the form of a national lottery rather than a licensed webshop industry.

His reason? Dr Munroe believes that such large sums of money — an annual $400m a year was a figure mentioned —in the hands of a small group of web shop operators could “corrupt a system” and “buy a government”.

On the other hand, a well-regulated national lottery could benefit many needy causes in the community — education, health, sports, the arts, the country’s infrastructure, and the list goes on. However, the large profits reaped by webshops – which also prey on man’s weakness– remain solely for the benefit of their owners, not for the community. In the eyes of Dr Munroe, both are engaged in a morally evil enterprise. However, one can be turned into a force to benefit the community, while the other remains a predator taking advantage of man’s frailty for its exclusive benefit.

Lawyer Munroe took immediate exception to this line of reasoning.

He listed a variety of businesses in the community controlled by a handful of people, and yet their right to ownership was never questioned, he said. To illustrate his point, he listed Abaco Markets, Super Value, Nassau Container Port and car importers. And for a group of foreigners, he checked off such resorts as Atlantis, Bah Mar and Resorts World Bimini. All of these enterprises are held by a small group of Bahamians and foreigners with one thing in common — they are all white.

On the other hand, the webshop industry is in the hands of a small group of coloured people. “As a coloured person, as a Negro,” lawyer Munroe told a reporter, “I am offended that we can trust Caucasians to run everything, but we cannot trust a handful of Negroes to run anything.”

Mr Munroe, the lawyer, felt that Dr Munroe, the man of God, was “insulting everyone with leadership aspirations” by suggesting that a government could be bought by webshop owners, and, obviously because they were black, they could not be trusted to responsibly operate an enterprise involving so much cash.

Colour has no place in this argument. It’s not a question of colour, it is a question of quality of business, of standards, of morality.

Webshops have always been illegal, have always been dismissed as the “numbers racket”, their owners have been tracked down by the police, their back rooms raided and gambling “paraphernalia” and the operators taken to court. In other words, it has never been regarded as an honourable business. It is not shunned because of the blackness of the owners, but because of the perceived sleaze and depravity of the business. And if anyone wants to meet white men who are in the same position as our webshop operators — shunned by some, regarded as “kings” by others because of the clink of the silver in their pockets —all they have to do is fly into Las Vegas and start mixing.

And so leave blackness out of this argument. People who carry their colour around in their hip pocket as an excuse for failure, seldom succeed.

Although the Baptist community is totally against gambling in any form, Dr Munroe, a realist, recognises that gambling is here to stay. If not regulated, it will go underground and from the vantage point of dark alleys and half-lit back rooms cause untold damage to the community. Therefore, bring it out in the open, dust if off, police it and give it the air of regulated respectability.

As for buying off a government, we certainly saw for ourselves the influence it is reputed to have had in an election. About mid-day on February 16, 2010 – the date of the Elizabeth Estates bye-election – we went into the area to see what was happening at the various polling divisions. From the time we arrived until the time we left there was open talk of gambling money in circulation – in addition to a generous donation to the PLP election war chest by Mr Peter Nygard. In fact, it was claimed that Mr Nygard had confided that he had donated $5m to the PLP’s election fund. However, the people who were allegedly handling the gambling funds were pointed out to us. It was an open secret on many lips.

And so, just as we have, Dr Munroe must also have had cause for concern about how gambling money could possibly corrupt a system. Hence his insistence on a well regulated national lottery with the closure of all webshops. We fully agree with him.

It is bad enough to have regulated gambling in our community, but Sports Minister Dr Daniel Johnson, has not ruled out also having a national lottery. This will not replace the webshops, but will be in addition to them. Let this happen, and we’ll certainly be turned into a dizzy-headed, honkey-tonk gambling town.

Dr Johnson noted that such a lottery, which would also attract our visitors, would raise much needed cash for his Ministry’s sports programmes.

Although Mr Wilchcombe had earlier said that a national lottery was not being considered, probably at the prodding of Dr Johnson, he now says that a national lottery has not been ruled out, not only to raise cash for sports, but also for education. And the tourists will be encouraged to play the lotto. However, this will only be considered after the webshops have been regulated.

Such a small community cannot absorb such an intrusive gambling culture, especially after it has tried to keep it at bay for so many years. Today’s politicians are just creating another problem for a future generation. It’s history repeating itself.

When the Pindling government came to power in 1967, Sir Lynden promised Bahamians that no longer would they be “hewers of wood and drawers of water.” As a result manual labour was not only demeaning, but abhorrent to Bahamian ears – “That’s Haitian work!” they would sneer. Bahamians left the farms. Gradually Haitians took their places. Today we have a Haitian problem, and some in this government, who seem to have an even greater problem relating one sequence of events to another, wonder why.

A couple of years ago, Mr Loftus Roker, a member of the first Pindling cabinet, who has retired to his native Andros, confirmed his government’s error. Said Mr Roker: “We said to the people who voted for us that all the jobs in the banks would be available to you.

“What we didn’t tell them is that the garbage collection belongs to you also. And so people got the view that once the PLP came to power, I don’t have to do any dirty work. I can get an office job.”

This is another problem that business people grapple with in the work place ever day — the poor work ethic of many Bahamians.

But the day that this country lost its soul was the day that the drug dealer was embraced by society and school children started to write essays describing how, when they grew up, they wanted to be drug dealers like their father, or uncle, or whatever member of the family was in the illicit trade and dangling gold from their necks and flashing vulgar rings on their fingers. This was the ambition of many a young Bahamian boy.

And today’s politicians have the nerve to wonder what is wrong with our society. They and their promises are what is wrong as they prepare to take another misstep into gambling, and create another dilemma for yet another generation.