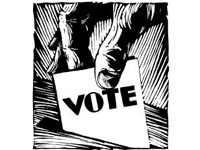 It should be very obvious to even the most staunch supporters of the FNM and DNA that, notwithstanding the PLP government’s chaotic mismanagement of the county’s affairs and finances to date, the apparent discord and dissention within the FNM ranks, despite their denials to the contrary, together with the DNA party’s new kid on the block aspirations, do not bode well for either party as it is clear that a three party race benefits neither of them in their bid to regain the government.

The DNA party was born out of similar disgruntlement within the FNM prior to the last election and was in part the cause of that party’s defeat as, while the DNA garnered only 8.5 per cent of the vote in a losing effort, it was sufficient to ensure a PLP victory.

The recent defection of a prominent and wealthy businessman from the PLP to the DNA party will also probably sway a fair number of voters in that direction and will no doubt substantially swell that party’s campaign coffers while further eroding the FNM’s support base as well as that of the PLP to a lesser extent.

While everyone has the right to offer themselves for public office or support and vote for the party or candidate of their choice without fear of coercion or intimidation, in my opinion, the best chance of defeating the PLP in the next election would come about by the leaders of the FNM and DNA burying the hatchet and presenting a united front against them.

Far more is required and expected now of our would be leaders than waving red, yellow or green pompoms and banners and pandering to hysterical masses at political rallies in the few months leading up to elections. Time is fast running out for the Opposition to formulate and present a strategy and plan for the restoration of competent, fiscally prudent, accountable governance and the rule of law if the utter and complete ruination of the country is to be averted.

Many Bahamians of all political persuasions are now totally fed up with the same old faces in politics; worn out election promises, the dissembling, incompetence, and dishonesty of successive governments. Thankfully we are finally beginning to see some cracks in the walls of blind party allegiance. The question begs, is the leadership of the FNM and DNA willing to put aside their differences, personal ambitions and egos to arrive at some political expedient for the good of the people and country for a change? Are they men and women of sufficient vision, patriotism and moral fibre for the challenge? Or is it not in their DNA?

Time will tell or we’re all going to hell.