U.S. Department of State’s 2014 Trafficking In Persons Report for The Bahamas 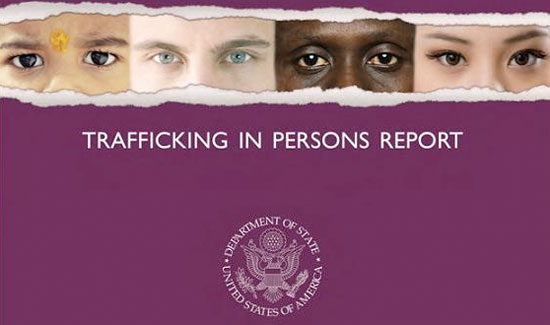 “The U.S. Embassy commends the Government of the Commonwealth of The Bahamas for its first human trafficking conviction in The Bahamas, for launching its second prosecution under the anti-trafficking law, and for investigating 15 suspected TIP cases during the reporting period.  We applaud the continued implementation of the victim-centered assistance protocol and procedures for identified trafficking victims.

“To continue to build on the notable progress achieved during the last year, the U.S.  Embassy encourages the Bahamian government to use the victim identification and referral protocol more frequently to identify potential victims of forced labor and forced prostitution and provide them with protection and assistance; continue to implement protocols and procedures to take potential trafficking victims to a safe location while conducting victim identification interviews, as victims often first appear as immigration or prostitution violators and are reluctant to disclose details of their exploitation in a detention setting or post-raid environment; make efforts to involve independent interpreters when conducting inspections of migrant worker labor sites, and conduct private interviews of workers to enhance their ability to speak openly; continue to build partnerships with NGOs to increase grassroots outreach to  potential trafficking victims among vulnerable groups; and develop a nationwide public awareness campaign to educate the public and officials about human trafficking, its distinctions from human smuggling, and its manifestations in The Bahamas.”

The U.S. Congress, through its passage of the 2000 Trafficking Victims Protection Act, as amended (TVPA), requires the Secretary of State to submit an annual Report to Congress. The goal of this Report is to stimulate action and create partnerships around the world in the fight against modern-day slavery.

The United States government approach to combating human trafficking follows the TVPA and the standards set forth in the Protocol to Prevent, Suppress and Punish Trafficking in Persons, Especially Women and Children, supplementing the United Nations Convention against Transnational Organized Crime -commonly known as the “Palermo Protocol”.

The TVPA and the Palermo Protocol recognize that the crime of human trafficking includes obtaining or maintaining victims’ labor or services (including in the commercial sex market) through force, fraud, or coercion, whether overt or through psychological manipulation.  Both the TVPA and the Palermo Protocol focus on the exploitation of the victim, and do not require that the victim be moved from one place to another to be considered trafficked.  Countries determined to be a country of origin, transit, or destination for at least two victims of severe forms of trafficking are included in the Report and assigned to one of three tiers.

Countries assessed as fully complying with the “minimum standards for the elimination of severe forms of trafficking” set forth in the TVPA are classified as Tier 1.

Countries assessed as neither complying with the minimum standards nor making significant efforts to bring themselves into compliance are classified as Tier 3.

The TVPA Minimum Standards are generally consistent with the UN TIP Protocol.

U.S. Secretary of State John Kerry released the Trafficking in Persons (TIP) Report on June 20, 2014.  More information on the 2014 TIP Report for The Bahamas can be accessed at: www.state.gov/j/tip