Yesterday I had a most unforgettable, horrendous and downright hellish experience at the new Customs Offices at the Arawak Cay Container Port. Frankly, I almost didn’t have an opportunity to turn in this column when one considers that it was an all-day, time-wasting affair where Customs officers seemed oblivious to the frustrations and irritated complaints of customers, choosing instead to mill around behind the tinted glass, grinning with each other and being as unpunctual and slothful as they pleased.

On the face of it, there appears to be absolutely little to no accountability at the Arawak Cay hub. Zero! If any Bahamian is attempting to clear their items at Arawak Cay’s Custom’s offices, I suggest that they bring a tent and a chair, pack a good lunch (and possibly dinner) and make up their minds to wait forever. And I mean, forever!

My ordeal began when I decided that I would clear a vehicle—purchased for my rental car company in Long Island— myself instead of using a customs broker as I usually do. Since it was a single van, I figured it would not take me a long time to do so. I went to Mail Boat Company’s headquarters on Horseshoe Drive around 10am, paid the storage and holding fees (which I think is ridiculous, but more on that later), had them make up my entry (for $25, though the entry had to be redone as a customs officer who did the valuation said it was incorrectly done) and then left for the Custom’s offices at Arawak Cay.

On arrival, I went on the payment line only to be turned away and told to go on the enquiries line. After standing on the enquiries line for 15 minutes—I was at the front of the line, looking at a Custom’s officer who had his head down writing whatever, then staring at me blankly through the glass only to resume his writing—I realised that a crowd was building behind me and folks were beginning to complain. My four-year-old son, who was also with me as he is on summer break, became quite antsy during that time—but that was only the beginning of this horrid affair. Finally, when this smug and impolite officer found an ounce of courtesy and felt civil enough to take it upon himself to call me forward, I went to the glass. However, I was again turned about and told to go to the valuation window, but at least that officer was well-bred enough to assist by passing the paper across the desk to the valuation officer before sending me on my way.

Next, I stood in front of the valuation window only to be told that I should return to the window in 10 minutes. I went and had a seat and decided to give them an additional five minutes before returning to the window. At the 15-minute mark, I returned to the window only to be told that nothing was ready and that I should go to enquiries. At this juncture, I felt myself on the verge of anger. Nothing seemed to be organised and the entire process was turning out to be nothing more than a chaotic shambles. What’s more, as I listened to angry customers suck their teeth all around me, grumbling, cussing and talking about how they are losing a whole day of work, I determined then and there that I would have to change my topic for this week’s column, scrap the one that I had written Thursday night and quickly put this together. As I waited, I quickly began to jot notes onto the back of a yellow, DHL express packet in which I carried my documents. I couldn’t stand to see Bahamians so displeased with what is, quite honestly, a most necessary government service.

Is there any wonder why our economic engines are stalling? It is because of persons such as many of those who work at Customs, marching around in fits of delusional self-importance and not giving five cents about what it means to render excellent—or at least average—customer service.

Why has the Bahama Host programme not been engaged to train these officers, so that they would know how to interact with the general public and at least have an understanding of the idiom that the customer is key, that the customer pays their salaries and that the efficient collection of custom’s duty is a major economic driver? Clearly, many of them do not give two hoots about this country’s future or our economic standing because if they did, far more of them would actually work and focus on the task at hand, as opposed to fiddling with phones, checking Facebook, taking lunch breaks while a long line of customers waits in front of them as they conduct themselves in a downright disrespectful manner.

As I stood on the enquiries line yet again—this time to find out about the progress of the valuation relative to my submitted documents—I noticed that there was a senior customs officer out on the floor, being quite hands on and assisting persons wherever he could. That officer was Superintendent Gregory Jones, who I approached and introduced myself. Mr Jones listened intently as I told him about my experience at that point, apologised and pledged to immediately look into it. I watched as he left with a handful of other customers’ documents, particularly those who needed valuations as he is the head of that section. When he returned from the back, he graciously informed me—and others—about the progress of our valuations; at one point, he showed me the completed valuation and noted that it then had to go to another area. I took a seat and once again waited. At that point, I had also interacted with a rude young lady—sitting at the enquiries window, furthest left— who took a nonchalant approach to dealing with me and, quite honestly, was showing the same disregard for other customers.

After quite a bit of time had passed—and my son began to beg me to leave—I sought further information. I then saw Mr Jones who told me that the valuation and everything was done and that I could join the payment line. However, he indicated that they had to increase the value of the duties owed. He was a consummate professional. He called his junior officer, who had revised the paper work to explain the increases. She—the junior officer—informed me that the person who had completed my entry at Mail Boat had botched it and had not accounted for one aspect that had impacted the overall custom’s charge. While at it, Mr Jones also advised me to always request to see the licenses of anyone claiming to be a certified custom’s broker in order to avoid such errors. I thanked him; I had earlier informed him that I had had a broker clear some vehicles for my business about two months ago and that the only reason I was doing it yesterday was because it was one vehicle and I didn’t expect such a hassle.

Frankly, Gregory Jones is a bright light among many dull beams and it is persons such as Mr Jones who are deserving of promotions—no wonder he has made it to the rank of superintendent.

After I paid, instead of being given the paperwork for the “release” of my vehicle, I was once again told to join another line….this time, it was for the paper work that I would have to give Mail Boat so that they could turn my vehicle over to me. I went to the window and the young chap sitting there—upon hearing my name—asked me if I was the guy from the newspapers. I was highly irritated at that point so I simply said “correct.” He then asked for my identification, as if to prove it—looking at it and then passing my drivers’ license back to me. He then told me that I would have to sit and wait, perhaps for another hour or more as the officers “went to lunch.” In disbelief, I left and took a seat among the other exasperated Bahamians.

About 20 minutes later, I saw Customs Chief Officer John Cunningham, as he interacted with members of the crowd. I told him of my experience and that I was told that I would have to wait for documents to release the vehicles—though I had already paid—for what I felt was an inordinate period of time. He left and said he would look into it and after hearing nothing for a bit, I again returned to the window to inquire further only to run into Brinnae, a friend of mine who—along with me—was selected to represent the Bahamas at the 2000 Olympic Youth Camp in Sydney, Australia. She works for customs and pledged to follow-up, which I imagine she did. Soon after, Mr Cunningham emerged from the back, with my documents in hand and calling my name. I have never been so relieved. Thank you to Mr Cunningham and also to Brinnae!

The Customs Department at Arawak Cay appears to be a messy, higgledy-piggledy operation that renders lousy service. I understand that customs has recently moved into that building, however so that hardworking officers such as Messrs Jones and Cunningham won’t have to shout all across the hall, perhaps the government should simply purchase a public address (PA) system. My gosh, it doesn’t take a rocket scientist to figure that out. When are we going to move from this banana republic way of thinking? What’s more, the department—or the Ministry of Finance itself—needs to move into the 21st century and quickly install credit/debit card machines in the payment section. When are we going to move towards becoming a more modernized, cashless society?

Too many Customs officers are merely sitting around at the back, wasting time and enjoying a free ride, relaxing in the air conditioning that tax payers pay for whilst they cruise on their jobs and cause immense frustration and aggravation. Frankly, these clueless officers—masquerading as customs officers—simply need to be a part of a constant re-training process, at least every six months until they understand their roles.

I challenge any of them to find a fair, right thinking Bahamian who has encountered them to disprove what I have written here today. 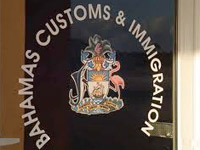 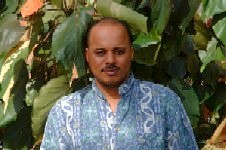