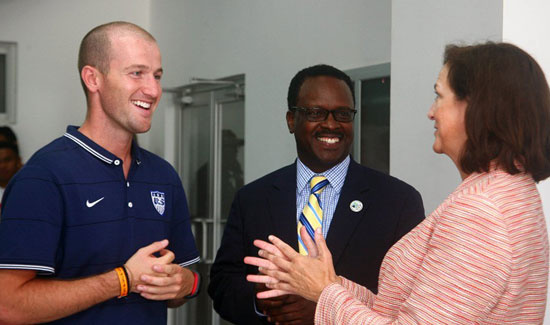 On Tuesday, August 5, the U.S. Embassy in partnership with The Bahamas Football Association invited Special Olympics Bahamas athletes to a soccer clinic at the new Thomas A. Robinson Stadium. 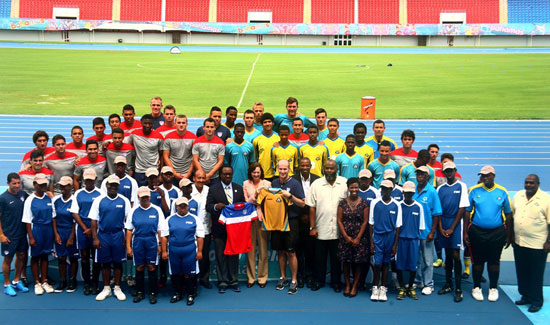 U.S. Chargé d’Affaires Lisa Johnson and Minister of Youth, Sports and Culture Daniel Johnson were on hand for the opening session.  Both gave remarks promoting the power of sports and social inclusion. 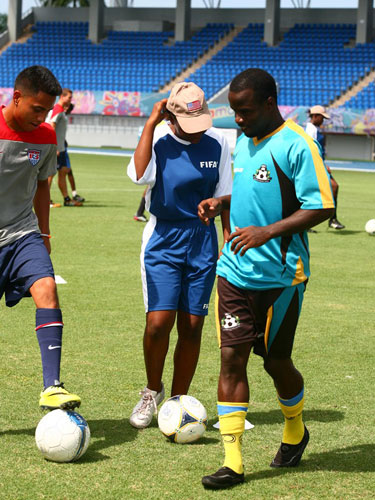 Chargé Johnson emphasized the universal passion for sports allowing for full participation regardless of physical or intellectual ability and pointed out how participation in sports teaches leadership, teamwork, and communication skills that help young people succeed in all areas of their life.

Minister Johnson expressed his gratitude to The Bahamas Football Association for including the athletes of the Special Olympics.  He noted that although The Bahamas is a small country with only 41 years of independence, the removal of all forms of discrimination is still in discussion.  Minister Johnson also mentioned his hope that The Bahamas and its new stadium be considered for more international friendlies and major league soccer games in the future. 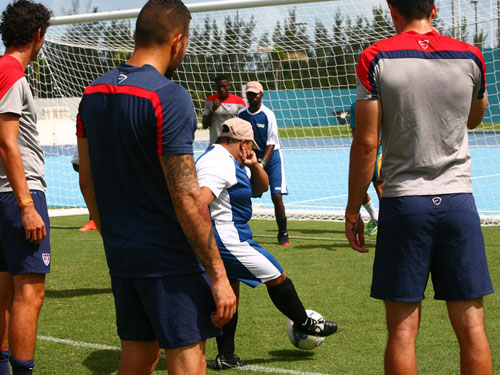 The clinic was a prelude to an international friendly soccer match between the United States and The Bahamas that was played with a 5-1 victory for the United States at the same stadium on August 6.  It was the first international friendly soccer match hosted in The Bahamas and the first official Under-23 U.S. Men’s National Team training camp ahead of the 2016 Rio de Janeiro Summer Olympics qualification. 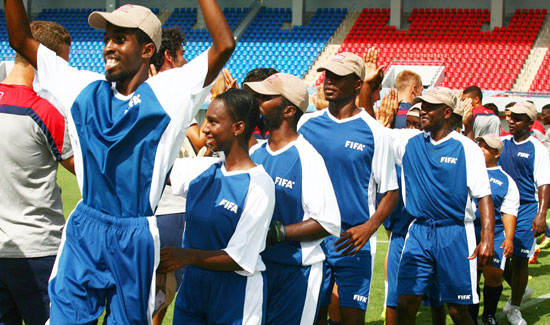 In line with the U.S. Embassy’s efforts to promote social inclusion, plans are already in motion to host the annual Eunice Kennedy Shriver (EKS) Day in September 2015, an event celebrated globally to honor Mrs. Eunice Kennedy Shriver’s legacy of bringing people together with and without intellectual disabilities to participate in sports. 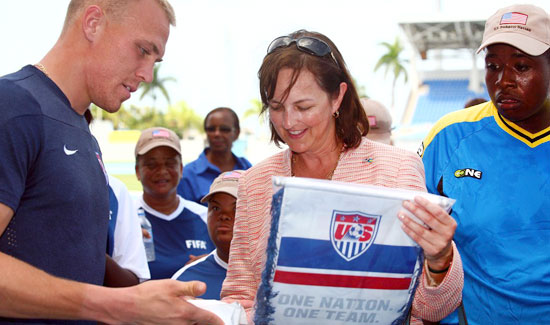 Photo 3: Players from the U.S. Olympic Soccer Team and The Bahamas National Soccer Team coach a Special Olympics Bahamas athlete on the fundamentals of soccer.

Photo 4: A Special Olympics Bahamas athlete scores a goal with the help of players from the U.S. Olympic Soccer Team.

Photo 6: The U.S. Embassy Chargé d’Affaires Lisa Johnson accepts a crest flag from one of the coaches on the U.S. Olympic Soccer Team.