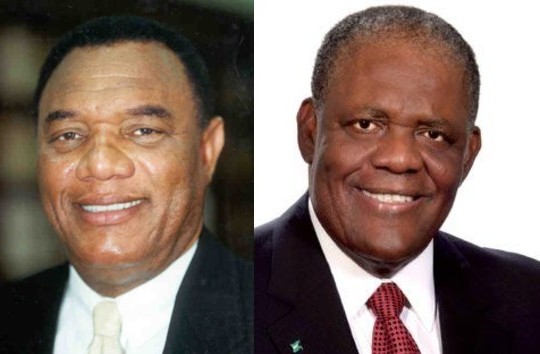 Hubert Ingraham has arrived in China in a strong and enviable position. Much of this comes from the office he holds as Prime Minister of a strategically-located Bahamas with diverse and impressive assets relative to our size.

Moreover, a considerable amount of the Prime Minister’s strengthened position is rooted in his character and experience, including a combination of international experience and domestic credibility.

Mr. Christie would have gone in a considerably weaker position for reasons rooted in his political character, including an operating style marked by indecision and pandering.

Whereas Mr. Ingraham enters into a negotiation with some inscrutability and poker-faced, Mr. Christie is generally an easy mark, easy to read and easy to push over. Bahamians know that Mr. Ingraham will always drive a harder bargain while Mr. Christie is prone to give away the store.

Domestic Credibility: On the eve of his departure for China, Mr. Ingraham and his predecessor, Opposition Leader, Perry Christie each held a press conference. In tone and substance they were a study in contrast.

Mr. Ingraham noted that Baha Mar was among one of a wide range of issues on the agenda during his trip. The Leader of the Opposition’s press conference focused almost exclusively on Baha Mar, with little reference to various other bilateral matters. Yet, what they both said about Baha Mar was revealing.

The debate over Baha Mar has been another watershed for these former law partners and cabinet colleagues. The current debate is etching into the national consciousness the essential differences between the men in terms of vision, character and governance.

In his brief statement at a press conference in which Dr. Bernard Nottage took the lead in outlining the PLP’s position on Baha Mar, Mr. Christie left little doubt that he would have headed to China mostly as the gushing representatlve of Baha Mar.

In one of the most disturbing public performances by someone who served as prime minister, Mr. Christie all but abandoned the national interest in the favor of a private interest.

It is an interest that has repeatedly demonstrated that it lacked the vision, track record and wherewithal to redevelop Cable Beach. Indeed, Baha Mar has repeatedly failed to meet various deadlines over the course of several years.

“As some of you may know, my family and I have a vision for the country of The Bahamas, and its huge potential for tourism. We were approached by the Bahamian Government to consider redeveloping a beautiful area of Nassau called Cable Beach.”

Mr. Izmirlian also spoke glowingly that a successful Baha Mar project would “showcase to the world China State’s ability to deliver an intricately designed, and complex, resort metropolis on a somewhat remote island in The Caribbean.”

So, what exactly is Mr. Izmirilian’s vision for The Bahamas, and when exactly did we outsource that vision to a private developer? And, when did New Providece become a “somewhat remote island in the Caribbean?”

Mr. Izmirlian may want to check this bit of condescension and take note that many Bahamians do not-find his vision for Cable Beach in the country’s broader interest. But it is not primarily Mr. Izmirlian who the Bahamian people are questioning.

Bahamians continue to wonder why Mr Christie and the PLP chose the family in question to redevelop one of the more valued tourism sites in the country. Whatever the reasons, the PLP cannot shirk responsibility for the fact that it is because of that choice that we are in the position we are today. Because of Baha Mar’s lack of resources, the company turned to China for financing.

The genesis and convoluted nature of the Baha Mar project rest with Mr. Christie. As the drama at Baha Mar continues to unfold, Mr. Christie and the PLP have delivered a series of mixed and often incoherent messages. This rambling has damaged their domestic credibility on Baha Mar and related matters.

While Mr. Ingraham has repeatedly stressed that his overriding concern is an equitable deal for The Bahamas, the PLP and Mr. Christie have shown divided loyalties on the Baha Mar project. Sometimes, their posturing and pandering has been comical.

Having agreed to Chinese workers building the new National Stadium and signalling that they would agree to a considerable Chinese presence to build Baha Mar, the PLP voted against allowing Chinese workers to construct the Gateway Road Project.

Never mind that there would be Bahamian workers on the road project and that the terms of the loan were quite generous. The PLP sought to score a political brownie point and ride a wave of hysteria about a Chinese takeover. Not only did most Bahamians see through such an obvious ploy, so did the Chinese Government.

In striking contrast, Ingraham has demonstrated to the Chinese that while he is prepared to do business with them, that it must be mutually beneficial to both countries. He has refrained from any China-bashing in order to pander to some elements of the populace. Undoubtedly, the Chinese have taken note.

The Chinese must also be bemused and amused by Mr. Christie’s chest-thumping on the National Stadium. The stadium is a typical gift of the Chinese Government after the launch of diplomatic relations with a developing country.

In this case, those relations were established during a previous Ingraham administration. Moreover, even after the offer of a national stadium, the Christie administration, in typical fashion, failed to get the construction started.

The Prime Minister’s tough pre-trip stance to the Chinese Government of what may be acceptable regarding Baha Mar has earned him favorable commentary in various quarters in the Caribbean. Most Bahamians are relieved that it is Mr. Ingraham and not Mr. Christie who has journeyed to China to negotiate on the  country’s behalf.

International Experience: Mr. lngraham’s domestic credibility boosts and mirrors his credibility with the Chinese Government. That credibility is reinforced by Mr. Ingmham’s decisiveness. Reportedly, the Chinese were as frustrated by Mr. Christie’s late-again manner as were the Bahamian people.

Mr. Ingraham appointed two senior figures as Bahamian Ambassador to China, including Sir Arthur Foulkes who was non-resident and former cabinet minister Elma Chase Campbell, the first resident Ambassador. While the PLP did eventually send a resident diplomat to China, it took a while and he was a relatively junior civil servant.

It is a no-brainer for the Chinese which Bahamian leader they trust to talk straight to them. It is the man and the leader of the party which, in 1997, inaugurated diplomatic relations with the most populous country on earth. It decidedly is not the leader of the party that was about to send an ambassador to Taiwan if it had won re-election.

The Chinese also respect seniority. This is the Prime Minister’s second official visit to China, his first having occurred 13 years ago. Mr. Ingraham’s international resume is extensive as a senior head of government in the Americas. He has served as Chairman of Caricom on various occasions, where he is the senior leader in the regional grouping.

Prime Minister Ingraham has overseen the bilateral interests of The Bahamas with three American Presidents from Bill Clinton to George W Bush to Barack Obama. Recently, he was elected to chair the Boards of Governors of the International Monetary Fund and World Bank Group.

One of the press reports following Mr. Ingraham’s election noted: “The chairman’s country should also be in good standing in the intemational community, and the person selected to be chairrnan is expected to be widely respected among finance and development officials.”

The Chinese will have all of this information in their briefing notes on Mr. Ingraham as he and his delegation travel from Hong Kong to Beijing to Shanghai and are hosted at various meals.

They will find in Hubert Ingraham an appreciative guest. Yet, they will also discover, like Mr. Izmirlian, that the current Bahamian Prime Minister will not be swayed by pomp and circumstance or flattery and a few nice meals.

By Simon
Reprinted from the Front Porch Column
The Nassau Guardian
Tuesday, October 26, 2010