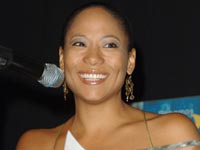 Immediately following it’s ninth annual festival, the Bahamas International Film Festival (BIFF) will travel to Eleuthera for a continuation of this year’s celebration to be known as The Best of the Fest Eleuthera. During its visit to Harbour Island and Governor’s Harbour, a full program of films and festivities will be offered for the enjoyment of visiting filmmakers, guests and local residents. Eleuthera is the first of the Family Islands to be included as a part of the Bahamas International Film Festival annual event.

The schedule of events to be held on December 10 – December 14, 2012 include: Opening Night Film and Welcome Reception at Coral Sands Resort, daily film screening at Seagrapes, Harbour Island and the Globe Princess Theater in Governor’s Harbour and Closing Night Film and Farewell Party. Visiting filmmakers will be on hand for panel discussions, seminars and training sessions.

We are proud to have The Briland Modem Fund as a new partner of the Festival and welcome our new sponsors of Best of Fest -Eleuthera (BOFE) – Coral Sands Resort, and The Landing in Harbor Island and Pineapple Fields Hotel and Globe Princess Theater in Governor’s Harbour and many more.

BIFF invites all filmmakers and movie buffs, visitors and residents to join in the fun-filled five days of the scheduled events listed at the Best Of the Fest – Eleuthera December 10 – 14, 2012.

By Leslie Vanderpool
Originally printed by The Eleutheran