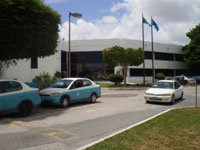 An internal audit into overtime pay at the Bahamas Electricity Corporation (BEC) has found that the system has been abused and in some cases it would have been physically impossible for employees to work the amount of hours logged.

It shows that the total cost of overtime at BEC for the year was $11.835 million. This was an increase of $1.37 million or 13.4 percent over the previous year.

The actual overtime pay exceeded the budgeted overtime by $3.27 million, the auditors found.

According to the audit, 40 BEC employees carried home more in overtime than their annual basic pay.

This group earned nearly 18 percent of the total overtime paid during the year, costing the corporation $2.2 million.

There were 49 employees earning overtime pay, which ranged from 75 percent to 100 percent of their basic pay.

This group earned more than 15 percent of the total overtime paid for the year, which cost the corporation $1.83 million.

The total number of employees who received overtime pay for the year was 876, the audit shows.

Many of them were able to take home more than $100,000 when overtime pay was added to their basic pay.

The report said, “By the law of diminishing marginal productivity, value for money was not being realized in some of these cases and the corporation subjected itself to higher risk of industrial accidents due to fatigue.”

The report also said, “Some extreme cases of high or excessive overtime ‘worked’ as shown in this report seem physically impossible, highly dangerous or simply questionable, when one considers the law of diminishing marginal productivity.

“There seem to be no consequences for management failures in managing overtime, and the effort to reconsider the hiring of additional staff in some areas to curtail the excessive overtime hours worked was not adequate.”

The report noted that during the period in question there were no hurricanes giving rise to major unplanned or emergency overtime.

“As previously reported, the high cost of overtime, the significant budget variances and cases which signal abuses, shown in our analysis, are audit concerns,” the auditors said.

The report said the proper management of overtime represents a good opportunity for the corporation to realize some savings and increase its profit margin.

It said managers should be held accountable for overtime abuses and serious budget overruns.

“There must be a cap on the amount of overtime hours an employee is allowed to work for the benefit of the staff and the safety of the corporation,” the auditors concluded.

“When the law of diminishing marginal productivity is considered together with the higher risk of industrial accidents due to human error arising from severe fatigue, proper management decisions must be made.”

The auditors included the full list of names of BEC employees who received overtime and the amounts they received.

The list of employees who earned overtime pay in excess of 100 percent of their annual basic pay is also broken down.

The overtime pay was 173 percent of his salary.