Request Made For Extradition Of Former Premier 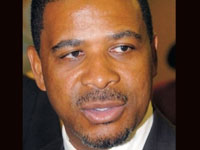 A formal request for former premier Michael Misick’s extradition to the Turks and Caicos Islands (TCI) was lodged with the Brazilian government on Tuesday, said TCI attorney general Huw Shepheard.

According to Shepheard, the TCI’s chief magistrate and the acting attorney general formally certified the papers last week and they were taken to Brazil on Sunday.

“Some time was needed to assemble the documentation and to have the request translated into Portuguese; however, the request has been made well within the time limit imposed by the extradition treaty, in accordance with the intention of the TCI government and the special investigation prosecution team (SIPT) to secure Michael Misick’s return to the TCI by due process of law,” he said.

Following his arrest in Rio de Janeiro in December last year, Misick has been held in custody by authorities in Brazil pending the outcome of the extradition request by Britain to return him to the TCI for questioning in connection with allegations of malfeasance while in office.