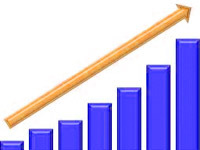 Despite promises of a renewed effort to fight crime, The Bahamas recorded its 10th murder on January 30. Our preoccupation with the referendum offered a brief respite from consideration of the criminal activity that continues to plague our nation. It is sad that Bahamians live in these conditions. The Bahamas also cannot afford the media attention that follows a rise in crime. We only need to look at the recent events in Chicago as a reminder that criminal activity must be taken seriously.

Chicago recorded 506 murders in 2012. For this year up to January 30, Chicago recorded 42 murders. This is the highest murder total in the city over this period since 2002. Chicago, the city where President Barack Obama made his mark, is the third most populated city in the United States and is becoming one of the most violent. With gun control a prominent topic of debate in Washington, the recent murder of a 15 year old girl who performed at the president’s inauguration broadcasted Chicago’s murder rate to the nation.

Though Chicago may be predisposed to media attention given its ties to Obama, its spike in criminal activity highlights the divergent trends of America’s cities. New York City has experienced a remarkable decline in violent crime despite its continued growth in population. As The Bahamas navigates to find its solution to stem rising violence amidst an increasing population, we must realize the greater ramifications of our criminal situation.

Crime is never going to be eradicated completely. However, when it reaches levels that attract international media attention the suffering Bahamians endure is magnified by the harmful effects to our tourism economy. Yesterday, the United States Department of State released The Bahamas 2013 Crime and Safety Report. While it cites that The Bahamas experienced a decrease in some crime categories, including homicides during 2012, overall violent crime remained above 2011 levels.

The Progressive Liberal Party (PLP) campaigned in the general election on being better able to combat crime than the Free National Movement (FNM). This is the PLP’s first full year as the government. Bahamians are watching to determine if the new administration can fulfill its pledges. If it is not able to The Bahamas would be in precarious position. It would mean that the two main political parties of the country have no clue as to how to bring order in The Bahamas.

The people then would have a difficult choice to make at the next general election. Do you choose the FNM which failed as a party during its last term on the crime fight, or the PLP which promised but couldn’t deliver?