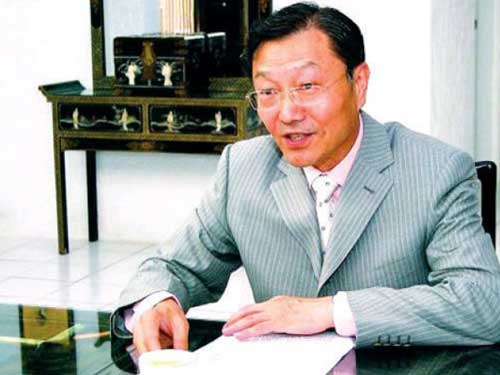 The Chinese ambassador to The Bahamas considers the diversification of the Bahamian economy as “crucial”, suggesting that a shift toward “sustainable” development should be a priority for this nation.

In an exclusive interview with Guardian Business on Friday, Ambassador Hu Shan also revealed that there are a number of Chinese companies that are “very keen and interested” in investing in The Bahamas, primarily in the areas of renewable energy, agricultural production and fisheries. “Local herbal resources” available in The Bahamas are also of interest to Chinese companies, said Hu.

Prime Minister Perry Christie approached Chinese President Xi Jinping on the topic of economic diversification during recent meetings of Caribbean leaders with the Chinese leader in Trinidad and Tobago, and Shan said in Friday’s interview that he hopes the Chinese government and the Bahamian government can cooperate further in this area.

“Personally I think [diversification] is crucial to The Bahamas. The current economy of The Bahamas is heavily reliant on the outside world. The economic structure is simple; one structure. Tourism accounts for a major role in this economic structure and the market is limited in its focus; it’s limited to traditional markets like the U.S. or European countries, so if the government here could push forward with the diversification of the economy that would be more sustainable for this nation.”

Hu said that there are specific discussions already underway between the Chinese Ministries of Commerce and of Agriculture with various government departments and agencies in The Bahamas with respect to cooperation in agriculture, fisheries, agricultural education and renewable energy towards diversifying the Bahamian economy.

Hu noted that China provided a $5 million grant to support the “sustainable development” of The Bahamas in 2011 and has made a further $8 million available to this nation for efforts in this regard, dependent on proposals being put forward by the government.
One joint project has already been determined: Ambassador Hu revealed that the “first area of cooperation” in this regard will be a project to “build a green house pilot program”.

“It will integrate education of agricultural knowledge and research and also produce production of agriculture. Currently, we are just waiting for the detailed proposal from the Bahamas government.”
Meanwhile, the ambassador noted that of the much-larger $3 billion in loans which Chinese President Xi  Jinping announced would be made available to the Caribbean during a meeting with Caribbean heads of government in Trinidad and Tobago on June 3, the amount which would come to The Bahamas is also dependent on the government putting forward “practical and feasible” proposals.

Of the $3 billion on offer, half will be offered in the form of low-interest rate concessionary loans, while the remainder would be for “commercial” projects, added Hu.

To date, China has provided commercial financing to Bahamian projects in the form of $2.45 billion for Baha Mar, along with $58 million in concessionary financing for the Airport Gateway road project, and $30 million in financing for the construction of the national stadium. The Airport Gateway financing was provided at a rate of two percent interest per annum, with a 20-year amortization period and a five-year holiday on the payment of the principal.

Previous discussions of cooperation in agriculture between The Bahamas and China have not resulted in concrete developments to date.

In 2009, the former Ingraham administration signed a Memorandum of Understanding (MOU) on Agricultural Cooperation with the Chinese Ministry of Agriculture.

Then Minister of Agriculture and Marine Resources Larry Cartwright said at the time that the agreement would facilitate “the technologies involved and the achievements made by China in such wide-ranging agricultural areas as poultry production, farming of fruits and vegetables and agriculture, could be transferred to our local environment.”

In the same year, the government touted a large scale, Chinese-backed agricultural project set to take place in Abaco on 5,000 acres. This project has not come to fruition.