Rahming Not Accepted As Ambassador 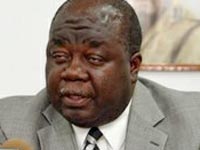 After months of waiting for Dr Elliston Rahming to be accepted as the Bahamas’ Ambassador to Washington, the Bahamas has been forced to transfer him to the United Nations and appoint Dr Eugene Newry in his place.

Dr Newry, who still currently holds the post of Ambassador to the United Nations, agreed to accept the new post and his name was advanced. According to Minister of Foreign Affairs Fred Mitchell, the government made no announcement on either development until an agreement had been received from the United States Government. This agreement was received yesterday.

However, the FNM’s shadow Minister of Foreign Affairs Hubert Chipman said that this, and other appointments raise “serious concerns” about the manner in which affairs of state have been conducted by the Prime Minister and Minister Mitchell.